Today's selection -- from AFRICOBRA: Messages to the People by Leslie Guy, Jeffreen Hayes, et al. AfriCOBRA is an important artist collective established in 1968 in Chicago as a catalyst for art, performance art, and education among that city’s African-American population:

"Since the seventeenth century, Black people have been remaking spaces in the United States, ever since they forcibly arrived on its shores as enslaved peoples. Arriving on foreign soil, bearing memories and very little else of their African and Caribbean homes, the enslaved transformed what they had the power to in a brutal and oppressive America. It this radical lineage that carries through to the 1960s South Side of Chicago where AfriCOBRA formed as a collective. Before the artists formalized the collective as we know it today, several of the members participated in OBAC (Organization of Black American Culture). Jeff Donaldson, Wadsworth Jarrell, Barbara Jones, and Carolyn Mims Lawrence were members of OBAC and helped to create and paint the famed Wall of Respect (1967).

"The mural project accomplished what James A. Tyner states ... it reclaimed space on the South Side of Chicago, radically transforming the visual culture of the community and charting a new space for Black representation. As Barbara Jones-Hogu stated in the catalogue accompanying the 1973 exhibition AfriCOBRA Ill, 'This mural became a visual symbol of Black nationalism and liberation.'

"A year after completing the mural, the collective was born: 'AfriCOBRA is an aes­thetic life force; a way of seeing the visual world coupled with the social, spiritual, relational and political realities.' It is noteworthy to connect the artists' experiences of radical reclamation to the formation of the group -- it was their public reimaging in action, through public art making. The collective's actions intersected with a revolution­ary period -- the Black Power Movement -- in Black life and culture that was visual and urban. It was a revolutionary movement that was public for all the world to see.

"The movement serves as a lesson on the ways in which Black space exists in the public sphere. Tyner articulates that 'space is produced through ... interactions (or discourses) and practices' and that 'alternative spaces -- representational spaces -- are conceived by and acted upon by artists and activities, poets and protesters. Representational spaces are the spaces of resistance and protest.' Blk space can be defined as a space of resistance that is born from struggle and created by Black people, for Black people, and led by Black people where various forms of liberation can be realized for Black folks. Furthermore, Blk space, as it relates to radical imagining and Black liberation, is not an integration into White space. Integrating, as we know it in a White Supremacist society, is to placate a racist and hegemonic structure without dismantling the systems that create the need for integration as a solution. Integrating into White spaces is, more times than not, to privilege Whiteness while accepting the bare minimum for the precarity of acceptance. Black radicals know 'integration was yet another tool of the oppressor, one that retained the basic inequalities in society -- namely the ownership of production ­while permitting economic exploitation to continue.'

"When we consider the tools used to appease and oppress Black liberation, Blk spaces serve as places of self-determination. These spaces include the Black church, barbershops, beauty salons, restaurants, and nightclubs, and historically Black colleges and universities (HBCUs), among other spaces. Black homes, art galleries, and muse­ums are also important places where Black people are affirmed and free to be. Not enough attention is given to these alternative and liberating spaces, particularly when White institutions remain the standard-bearer carrying the carrot and the stick.

"AfriCOBRA members understand the systemic racism in the (White) art world and pioneered a way of being in it that was not dependent upon acceptance. One value the artists have practiced is to exhibit in Black cultural institutions and to work with Black curators. Their intentionality informs the ethos of the artists who are committed to honoring Blk spaces and those individuals who embody the philosophy of the group. Black radicalism and liberation are reliant on these parts. What we know is that White curators, critics, and audiences judge (and not critique) Black art and artists against a Western lens -- a lens that also exploits Black creativity. Instead of desiring to be accepted by Whiteness, AfriCOBRA artists have moved toward those who embrace their aesthetic and philosophy, presenting in spaces where Black people would engage the work and see themselves in it. In Blk spaces. Blk spaces feel like home.

"Black homes are usually the first sites of resistance for Black people. Our homes function in this way primarily because homemaking -- how one decides to design one's space -- is not mediated through Whiteness. There is a visual and cultural aesthetic that defines the home that is rooted in Blackness, the breadth of Blackness found through­out the African diaspora. It is one of the few spaces where representation, affirmation, and joy exist without apology and without the White gaze. There are many ways in which this takes shape in Black homes: specific kinds of furniture, linens, decor, and images. In addition to the physical material and visual culture, the kinds of conversa­tions that take place in Black homes and Blk spaces help make them sites of resistance, affirmation, and joy. The specificity in making our homes reflect our past, present, and future deems them venerable spaces, especially when we consider that White spaces consistently present and reflect Whiteness.

"When considering Blk spaces as our home, we can expand their roles as sites of resistance to Blk art spaces, making them our first introduction to art spaces or galler­ies. The thoughtful design of the interior, the images on the walls and coffee tables, or the outdoor gardens all make them alternative spaces. hooks affirms these spaces ­specifically, Southern Black homes -- in her writing about how Black photography is an important counter-narrative tor uplifting Black images:

The walls of images in Southern black homes were sites of resistance. They constituted private, black-owned and -operated gallery space where images could be displayed, shown to friends and strangers. These walls were a space where, in the midst of segregation, the hardship of apartheid, dehu­manization could be countered. Images could be critically considered, subjects positioned according to individual desire.

"The walls of Black homes, barbershops, beauty salons, churches, and museums tell the stories of life, strife, and triumph of Black people. They hold ancestral legacies that carry meaning in ways that White spaces, White walls cannot because of the image maker and the intuitive curator-the individual who owns or arranges the work. Blk space is where we are seen, heard, and felt." 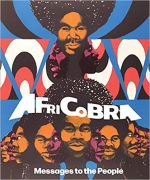