Today's selection -- from The Extraordinary Life of an Ordinary Man: A Memoir by Paul Newman. Stuart Rosenberg describes the movie star Paul Newman and a pivotal scene in his movie Cool Hand Luke:

"Back in 1967, there were basically two movie stars in the world: Steve McQueen and Paul Newman. And I decided Paul would be perfect to play Luke.

"I called his agent, arranged a meeting, and next thing I knew, we were talking in Paul's yard on Whittier here in Bev­erly Hills. I was very impressed because he'd read the script, read the original novel, and his intelligence was very impres­sive. There was no bullshit. And although I had no real track record as a feature film director, he committed to the film because he liked the character.

"We put together a company that was like a kind of Group Theatre. Every one of those kids we cast in the chain gang­ -- Dennis Hopper, Joe Don Baker, Ralph Waite, Harry Dean Stanton, Wayne Rogers -- eventually made it. And Paul was everyone's favorite. Not a superstar, but a guy in the trenches working. It was a very physical picture; the actors had to get out on the road, cut grass, lay tar.

"The way it was written, the other prisoners show their respect for Luke by giving him space and moving to the other side of the barracks when he discovers that his mother has died. Luke was not the sort of character who would make a speech in her honor, but we were worried the audience would feel cheated if he didn't pay some sort of tribute.

"It was never in the script. It came up during a rehearsal. A few days earlier, I'd heard Harry Dean Stanton, with his long, bony face, singing this irreverent song around the campfire one night. Stuart heard it, too. 'Get yourself a plastic Jesus,' was the lyric I remem­bered.

"[It was incorporated into the script as part of Luke’s way of coping with her death.]

"The problem was Paul's not a musician. And he had to quickly learn three things: how to play the chords on the banjo, sing the song, and do the scene. I also wanted it to be the first time on film that people really saw Paul Newman weep. But Paul is such an incredible professional, and on the afternoon we were going to shoot, he invited me into his dressing room and played the song for me. I said to myself, 'He's doing it too well!' I wanted more ragged edges from him.

"Just as we were ready to go, I thought I needed to upset Paul a little to get what I wanted. Before he hit the first chord, I stopped everything and said, 'Paul, sorry, we've got a copyright problem with the song. You're going to have to reverse the first and second lines.'

"'Oh, Christ, after all this fucking work -- goddamn!'

"I told the camera operator to start rolling, we hit the clap­per, and Paul just began. I let him go on a little but then yelled 'Cut!' -- though I'd prearranged with the operator to keep going.

"'Paul, I think moving things around is really screwing things up, I think maybe you should --' He cut me off and just started to sing. I motioned to him to just keep going. He stopped, started again, and the tears started to come down. It was f**king brilliant." 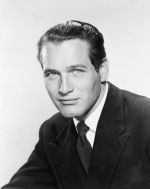