In today's selection -- from Ping-Pong Diplomacy by Nicholas Griffin. In the early 1900s, a young Englishmen named Ivor Montagu rejected his wealthy father's capitalism and embraced Communism instead. He was not good at other sports, but discovered Ping-Pong, eventually codifying the rules and in his role as a communist agent, spreading the game throughout the communist world. Then, during the presidency of Richard Nixon, Ping-Pong served as an unexpected bridge helping lead to a rapprochement between the United States and Communist China when the U.S. table tennis team traveled to play in China:

"The year of Ivor's birth, 1904, was also considered the year that Ping-Pong had died. For a short time, Britain had been creating and exporting games at an extraordinary rate. Soccer, rugby, cricket, tennis, hockey, billiards, and badminton spread across the British Empire and beyond. At the turn of the century, table tennis had become a full-blown fad and had sped across the world -- not as an organized sport; more as an after-dinner amusement, to be mixed with a brandy or a port and flirtatious chitchat with the opposite sex. It was called gossima, whiff-whaff, table tennis, but Ping-Pong, a name trademarked by Jaques & Son, was the most popular name. ... 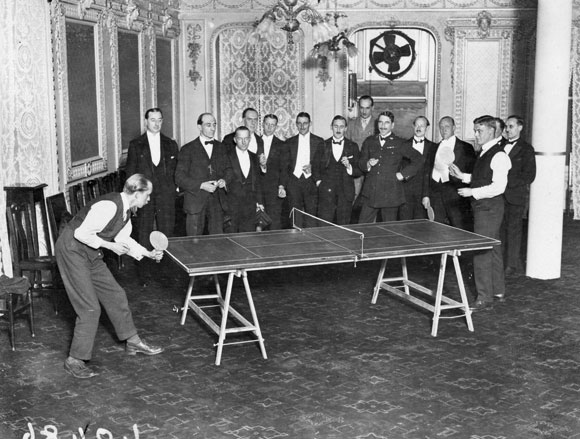 "The game's origins were hotly contested. It was devised by the British Army in India, Malaysia, or Asia Minor, in a mess hall, cavalry club, or pavilion. ... While other sports developed teams, trophies, leagues, and stadia, Ping-Pong suffered from a lack of coherence. Arguments erupted frequently because no official rules had been written....

"[While attending college at Cambridge], Montagu understood that team sports dominated university campuses and he longed for the associated popularity. After failed attempts at soccer and tennis, Montagu had a eureka moment: Ping-Pong. Using a portion of his allowance, he had two tables made to order. It was a recourse only a very wealthy undergraduate could take, but over the next fifty years it would be hard to find a fellow Communist who would have begrudged the extravagance for the effect his decision would have on the greater world. 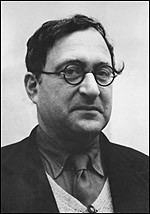 "Montagu's first tournament amazed him: 140 players registered. Ping-Pong wasn't dead after all. ... A Manchester businessman, already interested in resurrecting the game, had heard of Montagu's efforts and approached him, glad of 'Oxbridge' support to help draw up rules and regulations. Montagu was in his element. As the whistle-blower, umpire, and organizer, he was allowed to write the rules of the sport. The fundamentals would remain intact for the next forty years and be translated into dozens of languages.

"Yet, almost immediately, there was a problem. Setting up a few small tournaments under the name of the new Ping-Pong Association, Montagu and his associates had failed to realize that the words themselves were trademarked. 'Ping Pong' belonged to the famed toy manufacturer Jaques & Son, which insisted that its equipment should now be used at all events. Jaques representatives called a meeting at which Montagu surprised them by dissolving the Ping-Pong Association, then immediately re-forming the group as the Table Tennis Association in an adjacent room -- an early foray into defending an ideology against the forces of capitalism."