Today's selection -- from Five Came Back by Mark Harris. In the 1940s, seemingly everyone went to the movies. They went there for for the news, to escape the woes of their lives, and perhaps most of all for the air conditioning:

"In 1940, 60 million Americans -- more than half of the adult population of the United States -- went to movie theaters every week. What they got, for the price of a twenty-five-cent ticket, was usually a double feature, a cartoon or two, a historical or musical short, and ten or twenty minutes of newsreels -- narrated weekly reports from Fox or Hearst or Pathe or The March of Time that served as one of the primary means by which Americans saw and heard their news before and during the war. Theaters in the 1940s were more likely to advertise what time they opened their doors -- and, far more crucially, the fact that they had air-conditioning -- than the actual starting time of the main feature. People would straggle in, take their seats in the middle of a picture, and watch until a full cycle had been completed. The programs were often seamless, without long breaks or sharp dividing lines between information and entertainment, documentary, reenactment, and fiction. For some, theaters were a place to shelter from the troubles of the world, but they were also where most Americans were first confronted by vivid images of the troubles themselves, brought home in footage that was more immediate and overwhelming than newspapers or radio broadcasts could ever be. 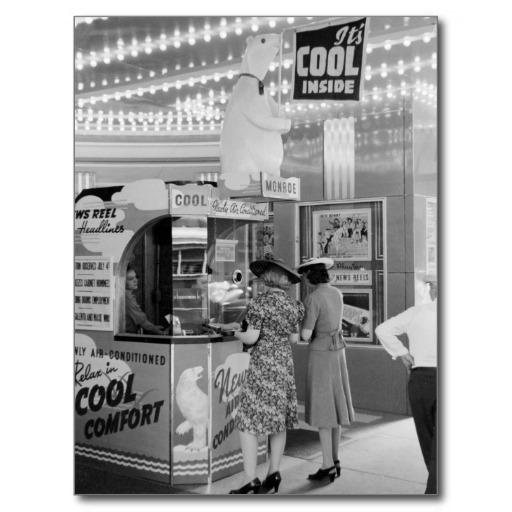 "The fall of France in June 1940 was a shock that millions of Americans took in as a collective experience at movie houses, where footage of Nazi soldiers on the march and Parisians weeping in the streets made the war feel closer and more frightening. To many moviegoers, Poland and Czechoslovakia were foreign countries with foreign cultures, points on a map somewhere far away. France was closer, more real: It was the country of Charles Boyer and Jean Gabin, of romance and sex comedy and sophistication. Just a year earlier, Americans had watched Paris thaw Greta Garbo's icy exterior in Ninotchka and turn Claudette Colbert from an ordinary girl into a pretend baroness in Midnight. Now, in the space of just six weeks, moviegoers across the country saw Winston Churchill take over from Neville Chamberlain as prime minister; they filled theaters as newsreels competed to present the best footage of the successful evacuation of Dunkirk; they heard Churchill's thunderous 'We shall fight on the beaches ... we shall never surrender' speech to the House of Commons; and they witnessed the occupation of Paris by the Wehrmacht."