Today's selection - from The Deluge by Adam Tooze. The United States had become the world's largest economy during the 1860s. By the onset of World War I in 1914, the United States was larger economically than England, France and Germany combined. The U.S. emerged so dominant after that war that most European countries, including Hitler's Germany, saw a risk of their countries fading into irrelevance.

"A new order emerged from the Great War [World War I] that promised, above the bickering and nationalist grandstanding of the new states, fundamentally to restructure relations between the great powers -- Britain, France, Italy, Japan, Germany, Russia and the United States. It took geostrategic and historical imagination to comprehend the scale and significance of this power transition. The new order that was in the making was defined in large part by the absent presence of its most defining element -- the new power of the United States. But on those endowed with such vision, the prospect of this tectonic shift exerted an almost obsessive fascination.

"Over the winter of 1928-9, ten years after the Great War had ended, [Winston Churchill wrote] that a new international order had emerged [dominated by the United States]. Hitler and Trotsky recognized the same reality that Churchill did. They too believed that World War I had opened a new phase of 'world organization'. But whereas Churchill took this new reality as cause for celebration, for a communist revolutionary like Trotsky or a national socialist such as Hitler it threatened nothing less than historical oblivion. 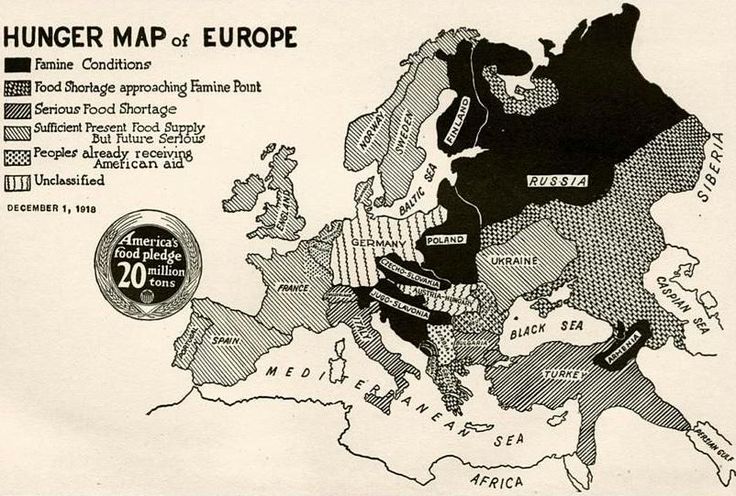 "Superficially, the peace settlements of 1919 might seem to advance the logic of sovereign self-determination that originated in European history in the late Middle Ages. In the nineteenth century this had inspired the formation of new nation states in the Balkans and the unification of Italy and Germany. It had now climaxed in the break-up of the Ottoman, Russian and Habsburg empires. ... The Great War weakened all the European combatants irreversibly, even the strongest amongst them and even the victors. In 1919 the French Republic may have celebrated its triumph over Germany at Versailles, in the palace of the Sun King, but this could not disguise the fact that World War I confirmed the end of France's claim to be a power of global rank. For the smaller nation states created over the previous century, the experience of the war was even more traumatic. Between 1914 and 1919, Belgium, Bulgaria, Romania, Hungary and Serbia had all faced national extinction as the fortunes of war swung back and forth. In 1900 the Kaiser had brashly claimed a place on the world stage. Twenty years later Germany was reduced to squabbling with Poland over the boundries of Silesia, a dispute overseen by a Japanese viscount. Rather than the subject, Germany had become the object of Weltpolitik. Italy had joined the war on the winning side, but despite solemn promises by its allies, the peace reinforced its sense of second-class status. ... In an age of world power, Europe's position in political, military and economic terms was irreversibly provincialized.

"The one nation that emerged apparently unscathed and vastly more powerful from the war was the United States. Indeed, so overwhelming was its pre-eminence that it seemed to raise once more the question that had been expelled from the history of Europe in the seventeenth century. Was the United States the universal, world-encompassing empire similar to that which the Catholic Habsburgs had once threatened to establish? The question would haunt the century that followed. By the mid-1920s it seemed to Trotsky that 'Balkanized Europe' found 'herself in the same position with respect to the US' that the countries of south-eastern Europe had once occupied in relation to Paris and London in the pre-war period.' They had the trappings of sovereignty but not its substance. Unless the political leaders of Europe could shake their populations out of their usual 'political thoughtlessness', Hitler warned in 1928, the 'threatened global hegemony of the North American continent' would reduce them all to the status of Switzerland or Holland.' From the vantage point of Whitehall, Churchill had felt the force of this point not as a speculative historical vision, but as a practical reality of power. As we shall see, Britain's governments in the 1920s again and again found themselves confronting the painful fact that the United States was a power unlike any other. It had emerged, quite suddenly, as a novel kind of 'super-state', exercising a veto over the financial and security concerns of the other major states of the world. ...

"The spectacular escalation of violence unleashed in the 1930s and the 1940s was a testament to the kind of force that the insurgents believed themselves to be up against. It was precisely the looming potential, the future dominance of American capitalist democracy, that was the common factor impelling Hitler, Stalin, the Italian Fascists and their Japanese counterparts to such radical action. ... Whatever comforting, domesticated fantasies their followers may have projected onto them, the leaders of Fascist Italy, National Socialist Germany, Imperial Japan and the Soviet Union all saw themselves as radical insurgents against an oppressive and powerful world order."