Today's selection - from The Deluge by Adam Tooze. By 1917, China's imperial government had been overthrown and China was in the midst of a civil war to determine who would succeed as China's rulers. This war pitted China's Southern nationalist government -- one that was oriented toward democracy -- against China's northern militarists -- who were autocratic and under the sway of Japan. The parliament of the Southern nationalists reached out to the United States, but was rebuffed:

"In February 1917 [China's] parliament voted to disestablish Confucianism as an official religion. A new generation of Western-influenced intellectuals took charge of Beijing University, including the first generation of Chinese Marxists. Briefly, it seemed as though Chinese politics might be entering a period of constructive reform. A foreign policy that aligned the Chinese Republic with President Wilson seemed the ideal complement to this policy of republican consolidation.

"Against Japan and the European imperialists, America had emerged as the great hope of many Chinese. As the youthful nationalist student Mao Zedong wrote to a friend in early 1917: 'Japan is our country's strong enemy.' Within 'twenty years', Mao was convinced, 'China would have to fight Japan, or go under'. Sino-American friendship, by contrast, was fundamental to the nation's future. 'The two Republics East and West will draw close in friendship and cheerfully act as reciprocal economic and trade partners.' This alliance was 'the great endeavour of a thousand years'. America's ambassador in Beijing, the progressive political scientist Paul Reinsch, was only too happy to encourage such talk. ... 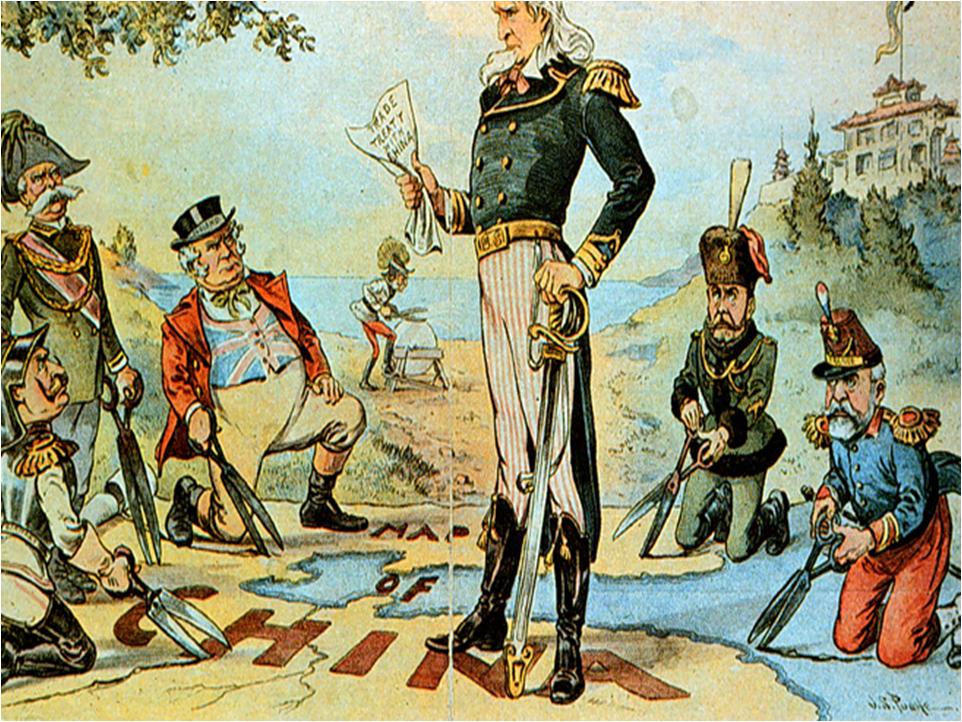 "Amidst the chaos of Beijing's factional politics, what Washington refused to acknowledge was that serious issues of principle were at stake. In an open letter published from Shanghai en route to joining Sun Yat-sen's breakaway Southern government, [Southern Foreign Minister] Wu Tingfang addressed himself ... to America: 'The war in Europe is being fought ... to put an end to Prussian militarism,' he insisted. 'And I want the Americans here to understand that China's present troubles are due to exactly the same causes.' ... 'We are engaged in a struggle between democracy and militarism ... I ask Americans to be patient and give China a chance. Democracy will triumph ... I hope to see the day when the stars and stripes and firecoloured flag of China will be intertwined in an everlasting friendship.' The point was made even more forcefully by C. T. Wang, former vice president of the Senate and one of the authors of the 1917 constitution. Wang pilloried the stark difference in America's attitude towards European and Asian affairs: 'It is becoming rather ridiculous, at a time when America is engaged in a world-war ... with the avowed principal object of saving democratic principle of government from being smothered by autocratic militarism, that the power and influence of the US should be applied in one place abroad, and should not be applied in another place abroad.' 'A primary requisite is that, as between reversion to an archaic monarchy, or the retention of a military oligarchy, or a graduated advance toward genuine republicanism, the influence of the United States ought to be thrown definitely to bring about the latter alternative. If this leads to quasi-interference in Chinese politics, then that responsibility must be faced.'

"In the wake of the summer crisis in Beijing, Washington did show some signs of formulating a more concerted policy towards China and Japan. But as far as the Chinese nationalists were concerned, the upshot of those deliberations was hardly reassuring. Rather than engaging China, Lansing chose to deal with Japan. In November 1917, without consulting Beijing, Lansing and the Japanese ambassador Viscount Ishii issued a public statement that affirmed the Open Door policy in China the principle of equal access for all foreign trade and investment -- but also recognized Japan's 'special interest' in Northern China on account of its geographic proximity. China's ambassador in Washington, Wellington Koo, a graduate of Columbia Law School, promptly protested that it was unacceptable for Japan and America to be conferring over the future of China without Chinese involvement."