Today's selection -- from Rome: The Biography of a City by Christopher Hibbert. Pope Julius II heard of Michelangelo's genius and recruited him for a number of projects, including painting the ceiling of one of the Vatican's chapels. It was a project that Michelangelo resisted, but it would "change the course of Western art and is regarded as one of the major artistic accomplishments of human civilization":

"[Michelangelo received a commission from Pope Julius II to work on the sculptures for his tomb that] led to great intimacy between them, although in time the favors Michelangelo was shown ... stirred up much envy among his fellow craftsmen.

"The easy intimacy between the Pope and Michelangelo did not last long, however. The sculptor did not like being watched at work, normally choosing to have his studio locked; nor did he like being asked questions about his probable rate of progress. Touchy and irritable, he began to resent what he took to be his patron's bossy interference, and was then offended by the casually offhand manner in which his request for interviews and money were refused by the papal officials. After one such rebuff, Michelangelo lost his temper, told his servants to sell all the contents of his studio and rode out of the city to Florence. He was eventually persuaded to return to the Pope's service, but not to work on the tomb as he had hoped. First of all, though he protested it was 'not his kind of art', he was required to make a monumental bronze statue of Julius fourteen feet high, which was to be erected on the facade of the Church of S. Petronio in Bologna and, after a revolution some years later, was melted down for a cannon by the Pope's enemy, the Duke of Ferrara. He was then asked to undertake a task for which he felt even more ill qualified, the painting of the ceiling of the Sistine Chapel. 'He tried in every possible way to shake the burden off his shoulders,' [historian Giorgio] Vasari said. 'But the more he refused, the more determined he made the Pope, who was a willful man by nature ... Finally, being the hot-tempered man he was, he was all ready to fly into a rage. However, seeing His Holiness was so persevering Michelangelo resigned himself to doing what he was asked.' He was given an advance payment of 500 ducats and began work on 10 May 1508.

"Immediately he regretted that he had given way. There was trouble over the scaffolding which [architect Donato] Bramante constructed for him: initially it hung down from the ceiling on ropes but Michelangelo wanted it supported by props from the floor. There was trouble with his assistants whom he had sent for from Florence and whom he considered so incompetent that he scraped off everything they had done and decided to paint the whole area, all ten thousand square feet of it, himself. He locked the chapel door, refusing admittance to his fellow-artists and to everyone else, thus provoking another quarrel with the Pope who was himself told to go away. And then there was trouble with a salty mould which, when the north wind blew, appeared on many areas of the ceiling and so discouraged Michelangelo that he despaired of the whole undertaking and was reluctant to go on until Giuliano da Sangallo showed him how to deal with it.

"The labour was physically as well as emotionally exhausting. He had to paint standing, looking upwards for such long periods that his neck became stiff and swollen; he could not straighten it when he climbed down from the scaffold and had to read letters holding them up with his head bent backwards. In hot weather it was stiflingly hot and the plaster dust irritated his skin; in all weathers the paint dripped down upon his face, his hair and his beard. 'The place is wrong, and no painter I,' he lamented in a sonnet he wrote describing his exhausting work. 'My painting all the day doth drop a rich mosaic on my face.' 'I live in great toil and weariness of body,' he wrote to his brother. 'I have no friends ... and don't want any, and haven't the time to eat what I need.'

"He was plagued by his patron who insisted upon being let into the chapel to see what he was paying for. The Pope kept asking when it would be finished, as he clambered up the scaffold with his stick, impatient to have the chapel opened before he died. 'How much longer will it take?'

"'When it satisfies me as an artist,' Michelangelo replied on one occasion, eliciting from Julius the angry reply, 'And we want you to satisfy us, and finish it soon.'

"Later Michelangelo refused to commit himself further than to say he would finish it when he could. 'When I can! When I can!' the Pope,
infuriated, shouted back at him. 'What do you mean? When I can. I'll soon make you finish it!' He hit him with his stick, then threatened to hurl him off the scaffold if he did not get on more quickly. After these outbursts came apologies. The Pope's chamberlain would call at Michelangelo's house with presents of money, with excuses and apologies, 'explaining that such treatment was meant as a favour and a mark of affection'.

"At last, after nearly four years' work, the scaffolding was removed. But the artist was still not satisfied; there were touches that he wanted to add, backgrounds and draperies he wanted to enliven with ultramarine, details to enrich with gold. But the Pope would wait no longer. Even before the dust had settled after the dismantling of the scaffolding, he rushed into the chapel to look at the astonishing achievement of more than three hundred figures, many of them painted three and even four times life-size. On the morning of 31 October 1512 he celebrated Mass inside the chapel and afterwards, in Vasari's words, the whole of Rome 'came running to see what Michelangelo had done; and certainly it was such as to make everyone speechless with astonishment'." 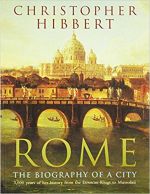