Today's selection -- from William Blake and the Age of Aquarius by Stephen F. Eisenman. Though not widely known for his poetry and paintings during his lifetime, and considered somewhat mad because of his mystical and highly expressive work, William Blake (1757-1827) was a well-regarded artist of the Romantic age. His influence on the world of art and literature in the 1950s and 1960s vaulted his reputation to the highest levels, where it remains. He had particularly strong influence on children's authors such as Maurice Sendak:

"Blake's Songs of Innocence and of Experience was written partly for children. The poems employ simple concrete language, repetition, rhymes and near rhymes, and a constant number of beats per line, ensuring melodic regularity. (Irregular line lengths and an extra accented syllable at the end of some lines ensured variety.) But whereas most Enlightenment thinkers, such as Locke, saw children as blank slates, Blake described them as possessed from the beginning of fear, anger, and love -- treasures implanted by God. We are all, as Hendrix would say, 'experienced' from the start.

"And unlike most artists and writers or his time, for example his friend Mary Wollstonecraft, who saw childhood as a life stage uncontaminated by corruption, Blake saw it is a period of untamed desire, turmoil, and loss. Children are lost and found, born into slavery and oppression, and forced to work as chimney sweeps. Though the 'Ecchoing Green' from Songs of Innocence (fig. 54a/b) is a place of 'sunrise,' 'happy skies,' and 'bells cheerful sounds,' it is also a place where 'the sun does descend' and 'sports no more seen on the darkening green.' The words and images of this song describe a single day of childish play followed by return home for rest, but they also suggest the passage from youth to maturity, even hinting -- with the word darkening­ -- at death and corruption. The word ecchoing, with its archaic spelling, suggests an earlier time when people and the land heard each other's voices and even protected each other. In the time of darkening those echoes are silenced.

"Blake's Songs were obviously not written only for children, and many writers and artists of the late 1950s and 1960s explored their basic dialectic of innocence and experience. Pediatrician (and later antiwar activist) Benjamin Spock, child psychologist Bruno Bettelheim, and children's book authors E. B. White and Maurice Sendak, among others, reconsidered the psychological and emotional lives of children, diagnosing terrors, violence, ultra-aggressive urges, and dangers as much as joy and love. Sendak, who called Blake 'from the first, my great and abiding love ... my teacher in all things,' is crucial in this lineage -- and in the exhibition Blake and the Age of Aquarius -- because he not only borrowed from Blake but also deeply understood him. In Where the Wild Things Are (1963), the little boy Max, like the child in Blake's 'Little Boy Lost' and 'Little Boy Found,' is shown to possess two opposing mental states. He imaginatively indulges his most exuberant desires (experience) for mastery of the beastly 'Wild Things' before returning at the end of the story to the safety of home and family (innocence)."

Nought loves another as itself,
Nor venerates another so,
Nor is it possible to thought
A greater than itself to know.

'And, father, how can I love you
Or any of my brothers more?
I love you like the little bird
That picks up crumbs around the door.'

The Priest sat by and heard the child;
In trembling zeal he seized his hair,
He led him by his little coat,
And all admired the priestly care.

And standing on the altar high,
'Lo, what a fiend is here! said he:
'One who sets reason up for judge
Of our most holy mystery.'

The weeping child could not be heard,
The weeping parents wept in vain:
They stripped him to his little shirt,
And bound him in an iron chain,

And burned him in a holy place
Where many had been burned before;
The weeping parents wept in vain.
Are such thing done on Albion's shore?

The little boy lost in the lonely fen,
Led by the wandering light,
Began to cry, but God, ever nigh,
Appeared like his father, in white.

He kissed the child, and by the hand led,
And to his mother brought,
Who in sorrow pale, through the lonely dale,
The little boy weeping sought." 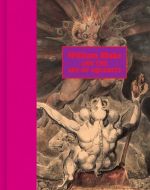