Today's selection -- from A History of American Sports in 100 Objects by Cait Murphy. The incomparable Roberto Clemente:

"[Roberto] Clemente died on New Year's Eve in 1972, taking supplies from his home in Puerto Rico to earthquake victims in Nicaragua. In 1973 the game's award for charitable work was named after him in honor of his death and his life. During his 18-year career, Clemente was one of the most respected players in the game. With the perspective of history, he can be seen as a living bridge between a game whose players were all-American to one that fully embraced tal­ent born outside the United States.

"Clemente, who was signed by Branch Rickey shortly after the general manager left Brooklyn, toiled in the relative obscurity of Pitts­burgh. At first the Pirates were bad, and when they got good, they were still in Pitts­burgh. Most fans could see the Bucs on television once or twice a year, if that. During the 1971 World Series, though, Clemente emphatically made his presence known. Then 37 and the oldest player on either team, he batted .414, getting at least one hit in every game, and won the MVP. But those bald facts do not convey the reality of his athletic and aes­thetic tour de force, in which he also displayed his arm and his base-running skills. 'He was just magic to watch,' said teammate Steve Blass. In the locker room after the final victory, Clemente politely interrupted an interview to send a message home to his parents, in Spanish. He wanted to share his moment with the people and place that he loved. ...

"Using a complicated metric that combines everything that happens on the field, plus some other statistical razzle-dazzle, Clemente is the highest rated right fielder in history based on the number of runs he was worth over his career. He won the MVP award once -- beating out Sandy Koufax in 1966 -- and from 1960 to 1972 finished among the top dozen nine times. He also won 4 batting titles and 12 straight Gold Gloves. In his last regular season at-bat, he clubbed a double for his 3,000th hit, becoming the elev­enth man to reach that milestone.

"Athletically and culturally, Clemente was more than the sum of his statistics. While there had been Latin American players before, including from Puerto Rico, he was the first great one. And in important ways, he set the template for how Latin players should be treated -- the same, he insisted, as anyone else. ... The poet Enrique Zorrilla caught Clemente's spirit when he said that he had 'the fire of dignity.'

"It was a fire heated in harsh conditions. When Clemente made the majors in 1955, at age 20, a number of teams still had no black players, and segregation during spring training and in certain cities was the norm. Clemente was black; in addition, at the time his En­glish was limited. Sportswriters took cruel pleasure in reproduc­ing his speech along the lines of 'Next time hup I heet ze ball' and 'I no play so gut yet.'

"Over time he earned every­one else's respect, then a great deal of affection, and eventually something like reverence. By 1960 the Pirates' popular radio announcer, Bob Prince, was shouting '!Arriba!, Roberto!' when he did something great, and fans made the phrase their own. Clemente took the lead in insisting that the Pirates delay opening the season until after the funeral of his friend and hero, Martin Luther King Jr. In 1971, when Three Rivers Stadium opened, Roberto Clemente Night in July was one of the biggest occasions of the year. The place was packed -- and the ceremony was in both Spanish and English. ...

"In 1972, long established as one of the greats, he still stayed in the dorms at Pirate City, where young players hung on his every word. Remember those stories of ballplayers quietly visiting kids in hospitals? Clemente actually did.

"After his death, Puerto Rico declared three days of mourning. The Pirates retired his number. Major league baseball waived the five-year waiting period, and Clemente was voted into the Hall of Fame in 1973. Having played his entire career in Pittsburgh, he may be the player most closely associated with the team. ...

"Clemente's unusual combination of athletic and human gifts has ensured he is not forgotten. There are Roberto Clemente schools and parks everywhere, as well as hospi­tals and sports leagues. Best of all, though, may be the yellow Roberto Clemente Bridge over the Allegheny River. On game days it's closed to cars, and fans can walk across it, step past a Roberto Clemente statue, and see a ballgame." 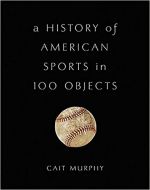