Today's selection -- from The Minard System by Sandra Rendgen. In an age when the use and importance of data and statistics were first emerging, Charles Joseph Minard (1781-1870) pioneered the use of visuals to portray that data. His most famous chart, published in 1869 and revered by those in his field, shows Napoleon's army of 422,000 soldiers marching to Moscow and returning as a decimated force of only 10,000:

"This work has stood out from Minard's extensive oeuvre for a long time and continues to do so today. Its fame has even produced some curious mementos, such as a T-shirt feauturing [it]. ... Much of this selective fame can be traced back to the enthusiastic praise that the American statistician and political scientist Edward Tufte (b. 1942) bestowed on this graphic. He reasoned that 'it may well be the best statistical graphic ever drawn,' and published a facsimile of it. ...

"The source of Minard's prevail­ing fame [is] his flow map relating to Napo­leon's Russian Campaign in 1812-1813 [below]. It is puzzling that it is so often shown as an isolated work when it actu­ally forms part of a comparison with a second flow map, which covers the 218 BC march of Carthagian commander Hannibal who, along with an army of ninety thousand men, crossed over the Alps toward Rome. The two maps show the 'progressive losses in men' that both armies suffered. The flows are construct­ed to the same scale. It is important to note that both campaigns consisted of countless separate movements and were interrupted by battles, overnight stays, retreats and advances, and the parting and reunion of troops. To show both campaigns as a constant flow is 'an effective generalization of a historic event.'

"The Napoleon graphic manages to integrate six data variables in a con­densed representation devoid of visual clutter. Its base map is strikingly reduced -- except for a few rivers, barely any landscape features are delineated. The westernmost point is the city of Kowno (Kaunas, in what is today Lithuania) on the river Neman. In the east the city of Moscow is the extreme point of the flow. Note that the place names are neither consistently local nor taken from any par­ticular language but switch from French to German to Slavic. The flow enters Russia from Poland with 422,000 men; the retreating army crosses the Neman with only 10,000 men remaining. The graphic is enhanced by a temperature diagram (referring to the Réaumur scale) connected to the retreating flow. Contrary to conventional line diagrams, this one has the time running from right to left in order to follow the westward retreat.

"A notable 'narrative' label on the lower left-hand side of the map reads, 'The Cossacks gallop over the frozen Neman.' This isolated test is connected to a spot on the Neman, located in the brown flow entering Russia. However, as we speak of Cossacks and the frozen river, the label can only refer to Russian soldiers chasing the retreating French army in the winter. We may assume then, that Minard here -- in an interesting impulse to complete the 'narrative' contained in the map -- 'told' the end of the story with an anecdote from the retreat and linked it to a particular location on the river.

"In the text Minard listed the books from which he had extracted his data. This must have been a rather laborious process, given that 'the army' consisted of countless military units from many parts of Europe,'

"In comparison, the Hannibal base map is more detailed. It emphasizes the coastlines of Spain, southern France, and Italy, and includes the mountain ranges of the Pyrenees and the Alps, both of which formed fatal barriers for Hannibal's army. Note that the region is rotated eastward to make the coast­line fit the horizontal format. The scale along the bottom refers to leagues, an ancient unit of length. Due to the consistent scaling in both maps -- as be­fore, this was a priority for Minard -- Hannibal's losses seem rather modest. He had, however, lost some sixty-eight thousand men in this march, amounting to 72 percent of his troops.

"Minard based his representation on the ancient account in Polybius's Histories, as well as some advice from contemporary historians. The map arrestingly conveys a sense of the fatal moments of the campaign. When Hanni­bal approached the Alps, he had forty-­six thousand soldiers at his command­ meaning that forty-eight thousand sol­diers had already been lost. For instance, the crossing of the river Ebro (today in Spain) had resulted in fourteen thousand losses, and the Pyrenees, twenty thou­sand. Losses were due not only to natural obstacles such as rivers and mountains, but also to numerous unexpected battles against local tribes along the way.

"This gruesome impression is deeply intensified by looking at the diminishing flow that visualizes Napoleon's army in Russia. To this day, it is an excruciat­ing exercise to read eyewitness reports by soldiers who survived the retreat. Minard created his visualization more than fifty years after the campaign. It is a brilliant conceptual transfer: in apply­ing the flow method to a military cam­paign, Minard shifts his entire focus to a single variable: the number of people in the flow. This variable sees only one type of variation -- a sharp and steady decline. It seems to have been this potent and poignant message that made these two maps (and particularly the Napoleon one) so successful in telling a story about the cataclysm of war." 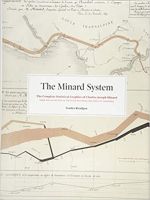