Today's encore selection -- from 'The Heroine of Hill Top Farm' by John Lanchester. Beatrix Potter (1866-1943), English author of The Tale of Peter Rabbit, The Tale of Benjamin Bunny, and other children's books:

"In 1912, by which time Beatrix Potter, the author of The Tale of Peter Rabbit, was a hugely successful forty-six-year-old writer and illustrator, she sent her publisher Harold Warne a new story, her darkest yet called, The Tale of Mr. Tod. The story is about an argument between a fox and a badger, and features the abduction and near death of a sackful of baby rabbits. The story had a particularly good opening sentence: 'I am quite tired of making goody goody books about nice people.' But the candor and acerbity of that were too much for Warne, and he fussed until Potter agreed to change the opening to something inarguably less punchy: 'I have made many books about well-behaved people.' Before she succumbed to this bad editorial advice, Potter relieved herself of her feelings in a letter to Warne:

" 'If it were not impertinent to lecture one's publisher, you are a great deal too much afraid of the public for whom I have never cared one tuppeny-button. I am sure that it is this attitude of mind which has enabled me to keep up the series. Most people, after one success, are so cringingly afraid of doing less well that they rub all the edge off their subsequent work.'

"The world's most popular children's author had a low opinion of both books and children: 'I never have cared tuppence either for popularity or for the modern child; they are pampered & spoilt with too many toys & books.' ...

"Potter's work was always tinged with a bleak realism about death, right from the opening of The Tale of Peter Rabbit, in which we learn that Peter's father has had 'an accident' and ended up in one of Mrs. McGregor's pies. ...

"Even in the lighter stories, such as Two Bad Mice, the main characters experience 'no end of rage and disappointment,' and that is before we encounter the outright evil of the fox in The Tale of Jemima Puddle-Duck, who encourages Jemima to pick the flavorings and seasonings in which she is to be cooked -- gesture of macabre cruelty which would give pause to Hannibal Lecter.

"This darkness and violence is a central reason to why children like Beatrix Potter. Her bright, brisk, no-nonsense sentences, her sharply observed and beautifully tinted images, and her strong feeling of coziness and domesticity are all underpinned and made real by underlying intimations of darkness, cruelty, and sudden death." 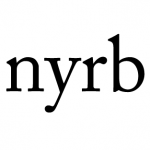