"'London ... Immense. The richest town in the world, the biggest port, the greatest manufacturing town, the Imperial city, the centre of civilisation, the heart of the world. It's a wonderful place ... a whirlpool, a maelstrom! It whirls you up and it whirls you down.'

"All contemporary observers ... agreed that there was something awe-inspiring about nineteenth-century London. By any objective standard, it was the largest city in the world ... but the central fact about the city was the growing awareness, on all sides, that it presented a series of urgent challenges ...

"The first and most obvious challenge was the population explosion, which in a sense underlay all the others. In the year 1800, approximately one million people lived within ten miles of Westminster. By 1881, it was 4.5 million, and by 1911 it would be 7 million. By the end of this period, part of this increase was due to better health and lower mortality rates, but until around 1860 it was still being fueled by immigration from the English countryside, from Ireland and Scotland, and from continental Europe. London's population was greater than that of Switzerland, or Greece, or Australia. There were more Irish in London than in Dublin, and more Roman Catholics than in Rome. And these statistics are in spite of high levels of emigration -- 250,000 people left the capital in the 1870s. The consequences of this surge of population into the city were visible everywhere: overcrowding, squalid housing, relentless competition for work, starvation wages, crime, disease, prostitution, drunkenness and disorder.

"The second challenge was a very different one: the pursuit of wealth through new industries, and through an intensified spirit of commercialism. ... It did not matter what your social origins were, wealth was open to anyone with the energy and imagination to become an entrepreneur. 'Free trade' became a secular religion, which, it was believed, could cure all social ills." 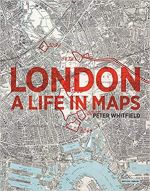