Today's selection -- from Mao Zedong and China by Rebecca E. Karl. China suffered a string of humiliating defeats at the hands of the British in the 1800s:

"With the South American wars of independence against Spain closing the silver mines and provoking a global silver crisis, the British were desperate to find an alternative mode of payment for their burgeoning tea-drinking habit. They hit upon opium. Highly addictive and easily grown by the British in their newly secured nearby Indian colonies, opium began to be imported to China by British merchants in great quantities as a substitute for silver. The Dao Guang Emperor attempted to enforce a ban on the opium trade as the drug devastation spread like wildfire through his empire. Queen Victoria, in­censed at the trampling of British trade prerogatives, declared war against the Qing to enforce Britain's right to 'free trade.'

"The Chinese were no match for the powerful British navy, which deci­mated their coastal forts. The Qing armies had never encountered the technology possessed by the British troops. They suffered one defeat after another. Finally, in 1842, the Chinese were forced to sign a humiliating settlement, known as the Treaty of Nanjing. The treaty was weighted entirely in favor of the British. One key concession was 'extraterritoriality,' which meant that British citizens on Chinese soil would be subjected to British, not Chinese, law. In addition, trade would no longer be restricted by Qing imperial custom. Five ports were opened for foreign trade­ -- Canton, Shanghai, Fuzhou, Ningbo, and Xiamen (Amoy) -- while Hong Kong was ceded to the British as a foothold on the Chinese coast. In subsequent decades, with the strengthening of the British colonial grip in India and Southeast Asia, the volume of opium grown increased quickly and imports of opium more than doubled.

"Most destructively, the Nanjing Treaty established the principle of 'most favored nation.' This clause provided that any commercial or other rights wrested from the Chinese by other countries would automatically be granted to Britain. Two years later, the Qing was forced at gunpoint to sign new treaties with France and the United States; these were followed by treaties with Prussia, Italy, Russia, and other European nations. This marks the beginning of what the Chinese later would call the 'century of humilia­tion,' a century Mao is credited with ending by the founding of a strong and sovereign China in 1949.

"The fallout from the Opium Wars played a crucial part in the decline of the imperial grip on China, which for centuries had been administered through a thinly spread network of well-educated bureaucrats. As the authority of the central government weakened, the sway of local power holders increased. A series of huge mid-century peasant rebellions -- in part set off because of the Opium War disruptions -- then forced the em­peror to cede even more power to local officials, so that they could defeat the uprisings in their midst. The most famous of these uprisings -- the Taipings -- lasted for fourteen long years, before the Qing state could mus­ter the force finally to suppress it.

"Meanwhile, the spread of European and American commercial and religious settlements, initially restricted to the coastal areas, had reached, by Mao's childhood in the 1890s, the hinterlands of Hunan and beyond. The presence of foreigners, with their capitalist and Christian priorities, was insidiously destructive of the established order. Peasant handicraft production was squeezed; railroads were built where no transport systems had existed, thus rerouting familiar trade patterns; and missionary stations were set up with educational and hospital facilities that often created vio­lent tension with local populations, whose suspicions about alien prac­tices were often fueled by the contempt in which missionaries held local 'heathen' society.

"China's weakness attracted the predatory attention of the rising Japanese -- a people who long had been regarded by the Chinese as the 'dwarves of the East,' or as pesky pirates operating lawlessly near China's coasts. China was completely demoralized when the Japanese convincingly defeated their forces in a dispute over the Korean monarchy. In the process, Ja­pan destroyed the Qing government's new navy, which was supposed to be the strongest fleet in Asia and which had been built under the super­vision of French and British naval assistants. The 1895 treaty -- signed at Shimoneseki -- ended the short war. China was forced to cede Taiwan to Japan; to provide huge indemnity payments to Japan; and to grant Japan manufacturing rights in China's open ports.

"After China's defeat at the hands of the Japanese, the Qing dynasty entered its final death throes. Failure to confront these previously weak neighbors made the educated and commercial classes of China seriously question the dynastic state's ability to safeguard China from outside as­sault. An attempt made in 1898 by educated elites to force the dynasty to reform its practices failed miserably. These two failures, combined with far-reaching social trouble brewing within China, led to a serious weaken­ing of the state.

"The special privileges enjoyed by colonial foreigners (British, French, Germans, Americans, and after 1895, Japanese) and native holders of local power soon provoked endemic rural violence, culminating in the Boxer Rebellion of 1899-1901. This uprising was initiated by members of a secret Chinese martial arts group known as the 'Righteous Harmonious Fists' or, as many non-Chinese called them, the 'Boxers.' Targeted initially at mis­sionaries and their native converts, whose presence was deemed disruptive of local social order, the Boxer rebellion soon grew into an all-purpose anti­-foreign and anti-Christian uprising. The rebels seized Beijing, executing scores of foreigners and thousands of Chinese Christian converts. The Qing joined the rebels, in a bid to regain some popular credibility. This triggered an invasion by a combined force of eight foreign nations, which in its turn massacred any Chinese suspected of sympathizing with the Box­ers. The Qing court abandoned the capital, and Beijing became a blood­bath. In the ensuing punitive settlement forced upon the Qing by the allied powers (led by Britain, the United States, Prussia, and Japan), the dynasty staved off final demise, but only by effectively giving away the country to its foreign creditors." 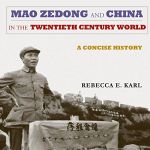