In today's encore excerpt - Gilda Radner (1946-1989), the much-loved comedian best remembered as part of the original cast of Saturday Night Live who died of ovarian cancer at the age of 43:

"Radner was born in Detroit, nine months after the end of World War II, to a Russian Jewish family. Her father ran a successful hotel in town, and many famous nightclub entertainers performed there. Gilda, already named after a Rita Hayworth heroine, was starstruck at an early age. The first wall she banged into was her father's death, when she was a teenager, and it hit her hard. 'She was also heavy,' recounted Alan Zweibel another close friend and SNL writer. 'So, the death of a Dad and being fat, that was a little bit of a combo platter there, that certainly is a really good recipe to be funny. How else do you survive?'

"Gilda went across the border to follow a boyfriend to Canada, worked briefly on a children's television show, and then did improv at Toronto's Second City. She came to New York to perform in the National Lampoon Show, where producer Lorne Michaels saw her: she was the first of the Not Ready for Prime Time Players to be hired for Saturday Night Live. Through the first five seasons of the program, Radner became the show's heart, winning the audience over with her gallery of misguided misfits. There seemed to be few risks she was not willing to take, whether it was gluing fake armpit hair on to parody Patti Smith or slamming full throttle into a bedroom door [or jumping on the bed] as the hyperactive little girl, Judy Miller:

" 'And now it's time for the Judy Miller Show!!!!!! Yea!!! And now presenting the beautiful star of our show—here she is, folks Miss Judy Miller! I am the most beautiful bride in the whole wide world!!!!!'

" 'Part of the charm of Gilda was the child inside of her, that she was not afraid to access,' said Zweibel. 'She felt comfortable in the world that's in the head of children.'

"Perhaps her greatest risk-taking revolved around her ability to endow each of her unforgettable characters with a humiliating flaw that would have, in less sensitive hands, consigned them to social marginalization. Her version of Barbara Walters combined a speech impediment with a gargantuan ego: 'I mean, wewwy, who does deserve to be Fiwst Wady? Me, Baba Wawa, Fiwst Wady of tewevision.' Emily Litella, the 'Weekend Update' contributor, incapable of getting the simplest facts straight, was continually railing against 'Violins on Television' or 'Soviet Jewelry.' There was 'always something' over-the-top about newscaster Roseanne Rosannadanna who never seemed to understand the most basic rules of taste or etiquette. ...

"No matter how egregious the faux pas of her characters, no matter how goofy they seemed to be, they always thought they were perfectly fine; that's because Radner did, too. Anne Beatts remembered that 'She once said that she thought comedy originated for her when you're little and you fall down on the ice? And people might laugh at you so you try and make it seem like you fell on purpose? That was the root of her comedy.' Nowhere was that more apparent than with Lisa Loopner, the girl nerd, who despite the fact that her breasts were in her words 'miserable maraschino cherries' still radiated an immense sexual attraction to her pizza-faced classmate Todd, played by Bill Murray [who] was 'a boy and a friend but not my boyfriend' ...

"As Gilda's star ascended there were the inevitable rungs in the ladder of crossover success—movies, a one-woman Broadway show—but she always turned down the repeated fervent requests for her to star in her own sitcom. She was happy where she was on SNL, but in 1980, when the original cast left after five seasons, it was time to move on. Her huge fame at the time, filled her more with ambivalence than anything else; she told a television reporter that 'it happens a lot in comedy that when you get success and celebrity it changes. There's something about being an underdog, a voyeur, that makes comedy possible.' " 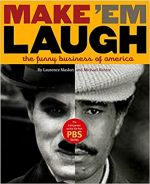