In today's selection -- from Little Girl Blue: The Life of Karen Carpenter by Randy L. Schmidt. In 1970, a new band formed by a young musical prodigy named Richard Carpenter, along with his sister Karen -- the band's drummer -- had achieved enough modest success with their first album to be selected to perform a medley of Burt Bacharach's songs as an opening act in his upcoming tour. In getting to this point, Richard, a relentless and energetic tinkerer, had stumbled upon a signature sound for his group by overdubbing their two voices to create an eight part harmony -- then tripling them in the studio to get twenty-four voices in all. "We couldn't believe the results," recalled Karen. For her part, drummer Karen had unexpectedly discovered that people responded powerfully to her voice -- many describing it as a voice "unlike any they had ever heard." Looking for songs for their next album, they stumbled across a 1963 Bacharach tune called "They Long to Be Close to You." Shortly after, Richard saw a television commercial for Crocker Bank with a jingle titled "Close to You":

"As the Carpenters rehearsed furiously on A&M's soundstage and the medley began to take shape, Herb Alpert came through with a lead sheet for a lesser-known Bacharach-David song entitled 'They Long to Be Close to You,' first recorded by Richard 'Dr. Kildare' Chamberlain in 1963. The song was also arranged by Bacharach for Make Way for Dionne Warwick the following year. ...

"The lead sheet for 'They Long to Be Close to You' remained on Richard's Wurlitzer for several weeks. Though it was not suited for the medley, Richard saw its potential as a stand-alone song and with Alpert's urging began to construct his own arrangement. Alpert owned a copy of Warwick's recording but would not let Richard hear it. Aside from two piano quintuplets at the end of the bridge, he wanted nothing to influence Richard's concept.

"Three very distinct arrangements of 'They Long to Be Close to You' were put to tape, the first with Karen singing in a style similar to that of Harry Nilsson. The result sounded too contrived and was forcibly accenting the word 'you.' For the second attempt Alpert suggested Jack Daugherty bring in pianist Larry Knechtel and drummer Hal Blaine. ... 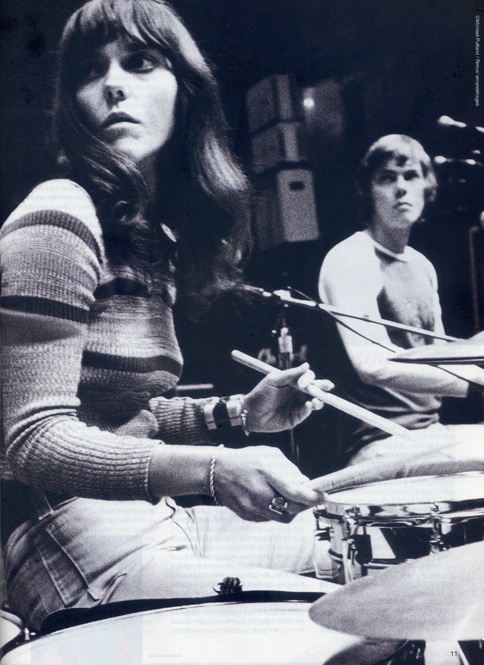 "Although Blaine went on to drum on this and numerous Carpenters records, Knechtel's piano performance proved too forceful for the mood of the song. Richard returned to the keys for a third and final approach. 'Hold it, Richard,' Blaine interjected during his first Carpenters session. 'Where are you going with this tempo?' This stunned Richard, who was accustomed to calling all the shots in the studio.

" 'Well, are we going to play the beginning tempo or the middle tempo or the ending tempo? You're kind of running away with it after the intro.' ...

"Blaine suggested using a click track, which is essentially a metronome marking time in the musicians' headphone mix. Like many artists, the Carpenters considered click tracks to be stifling, often resulting in robotic music. They finally gave in after Blaine explained it to be a reference tempo that need not be followed at every moment of a song. 'After that,' Blaine says, 'they wanted all their songs done with click track.'

"Herb Alpert was pleased with the third version of 'They Long to Be Close to You,' and as the recording began to take shape, excitement over the new creation spread throughout A&M. Breaking studio protocol, A&M staffers interrupted sessions and pushed open the doors to studio C to ask, 'What is that?' When engineer Ray Gerhardt cranked studio monitors to what he often referred to as 'excitement level,' the reaction was overwhelming for all involved. ...

"After Asher broke his arm in a skiing accident he recommended Roger Nichols and Paul Williams for the job. 'It actually turned out to be something very different,' Williams recalls. 'Almost all commercials up to that point had pitch. They had copy, like 'come to our bank' or whatever. For this one they just wanted to show a little short movie of a young couple getting married and riding off into the sunset. They asked Roger and me to write a one-minute song that would accompany that movie.' ... Riney provided the songwriters with a bit of inspiration -- his own slogan for the soft-sell campaign: 'You've got a long way to go. We'd like to help you get there. The Crocker Bank.' ...

" 'I came in that morning and was working on the tune,' Nichols says. 'Paul came in a little after that, and within ten minutes he had written the first verse.' Williams grabbed an envelope and scribbled on the back:

"Within a half hour they had written two one-minute jingles. After the original commercials aired, Crocker Bank executives wished to give copies of the song to their employees and asked the songwriters to make it a complete song. 'We finished the complete song as an afterthought,' Williams says. 'When we put all the copy together and added a bridge we had the song. You can see some imperfection in the rhyme scheme in the third verse. It doesn't rhyme like it's supposed to. 'Grow' and 'begun' don't rhyme like they should because that was actually the first verse of the second commercial.'

"It was after a late-night recording session that Richard Carpenter caught the Crocker Bank commercial on television. Recognizing Paul Williams's lead vocal he figured it had to be a Nichols-Williams tune."