In today's selection -- from Girls Like Us by Sheila Weller.  In startling contrast to today, in 1960 more than half of women were married before the age of twenty. But vast changes to marriage and the family were just over the horizon, and one of the key harbingers of this change was Enovid, which in 1961 became the first pill approved by the FDA for contraception. In 1961, Carly Simon -- later to achieve worldwide fame with such songs as "Anticipation," "You're So Vain," and "Coming Around Again" -- was a freshman at Sarah Lawrence, one of America's elite women's colleges. By 1964 she was an apostle of this change -- she had dropped out of college, was defying convention by living with her boyfriend, and was taking Enovid:

"[In the early 1960s], ... the elite women's colleges were cliques of smart, talented, opinionated girls who were on their way to becoming the wives of [the young men who would shape their generation]. Such was the cultural dictum, for even the smartest daughters of wealthy, educated families. The very recent year 1960 would prove to have marked the all-time youngest age of first marriage for American women for the entire prior one hundred years -- more than half of women married by age twenty -- affirming the gut sense that decades' most 'typical' characteristics emerge at their sunsets. 'Girls' identities were very much about the man you were with,' recalls Carly's best friend, Ellen Wise Questel, now a psychotherapist, who went off to Sarah Lawrence, along with Carly. Despite privilege and culture and high expectations, Ellen says, 'We were still not whole.'

"Carly -- only slightly facetiously -- remembers imagining her future thus: 'I was going to live in the kitchen and serve little pouffy mousses with demitasses to my husband, the poetry professor at a small New England college, and his terribly intellectual friends, around an old farm table where no napkins matched.' In Carly's Andrea-modeled version, it was the man who would do the interesting thing; the woman -- wittily, flirtatiously, creatively -- who would be his muse, the power behind his throne, and a thinking-woman's version of a socialite. Still, the Riverdale [Carly's New York private high school] girls were expected to finish college before getting married, and not to have children immediately. But be major creators in their own right? That wasn't necessarily part of the agenda.

" 'However,' adds Ellen, 'If there was one women's college that got the few women who did not think in that conventional way -- who believed in their own talent and expected to be artists in their own right -- then that was our college, Sarah Lawrence.' 'It was a magic time to be at Sarah Lawrence,' says award-winning filmmaker Helen Whitney, who was a student there during those years. ...

"[By 1964, living in the south of France with her boyfriend, Carly suffered from anxiety attacks.] Once in bed, ... Carly's anxiety attacks would descend like clockwork -- night shakes so intense that she was certain she was having a nervous breakdown. Today Carly believes the shaking attacks were a combination of a later-proved allergy to the wine and the enormous dose of estrogen in her daily Enovid.

"Every woman who took Enovid back then was, by today's standards of drug approval, a guinea pig. Enovid had been approved by the FDA during the last naive and lax moment in the agency's history -- two years before the dangers of thalidomide (an anti-nausea agent for pregnant women that turned out to cause severe physical malformations in babies) forced a tightening of clinical trial standards. Not only had Enovid essentially slipped through that approval crack (in fairness, been pushed through because women wanted a birth control pill, desperately), but no one knew exactly what the side effects might be if, for the first time in history, so many people -- 7. 5 million by 1969 -- ingested a medication daily, for so long, for something other than to treat a disease. 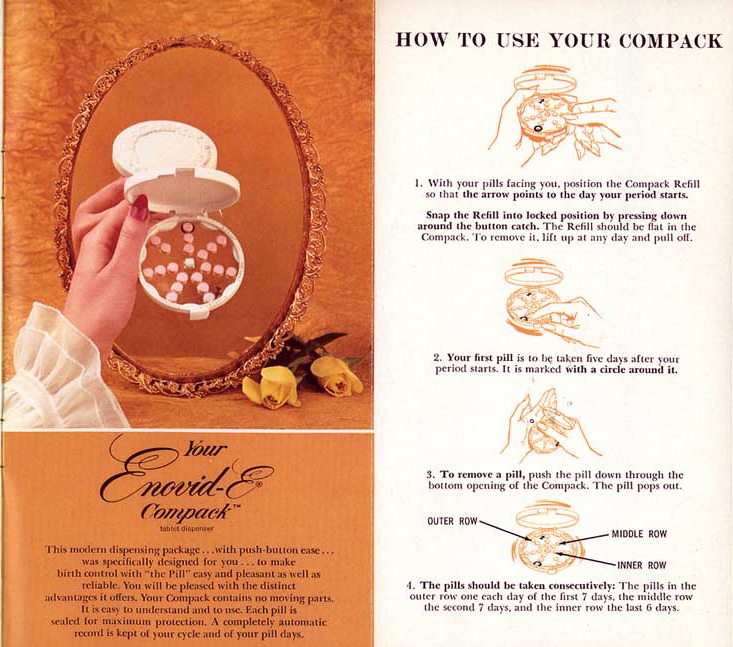 "When it came to drugs for women, the medical establishment, including obstetrics and gynecology, was overwhelmingly male, and women were not included in clinical trials for medications appropriate for both sexes, so there was no reliable data on how such drugs would affect female bodies. This solipsism led to naiveté at best -- for years, drug companies didn't believe women would even want to take a pill to not have babies -- and, at worst, it led to danger. Highdose Enovid was thought to cause thromboembolism and obstructions of blood vessels leading to crucial organs, a risk substantially reduced by lower-dosage versions of the Pill in the early 1970s. But a possible link to the early Pill and breast cancer has never been disproved, and this would later prove significant for Carly."