In today's encore selection - Pete Townshend, the creative force behind the rock music group "The Who," had reached a new creative peak in his mid-twenties with the release of the rock opera Tommy. He had been a habitual marijuana smoker, and had unlimited opportunities for sexual liaisons with the omnipresent groupies that followed the band -- in which he had sometimes partaken. However, he was at a point where he had made a genuine commitment to being faithful in his marriage and to discontinue his drug use. It was then he began to ask about the motives and desires of groupies:

"On tour, however, I couldn't get past the unshakeable feeling that there was a party going on somewhere to which I wouldn't be invited because I didn't take drugs and didn't feel at ease with groupies. My take on groupies had nothing to do with morality; I just didn't understand what they really wanted, or what they felt they were doing. If you got to spend a few nights with [Who lead singer Roger] Daltrey or [rock legend Eric] Clapton, what did you go on to do that would make it mean something? Tell your friends? Put notches on your high heels? One woman, who often slept with Eric, was never anything but beautiful, elegant and impressively intelligent. What made her follow bands around and hang around backstage, waiting for crumbs? Or are we all really star-f**kers wanting some buzz by association, or kudos by reputation and secrets?

"[Who drummer] Keith [Moon] often allied himself with well-known groupies (groupie debutantes) whom he treated like princesses, speaking in a posh English voice like a lord as he served them Dom Perignon; he was so much fun I could understand why they enjoyed being with him. [Who bassist] John [Entwistle] often adopted one girl for an entire tour, who would become very familiar to all of us before disappearing for ever once the tour was over. I watched men in hotel bars, travelling salesmen or those attending conferences, speaking to girls they had just met, unbothered that they might be ladies of the night or just single women out for a good time. I could see what they needed, and why. But somehow I couldn't understand it in my bandmates. 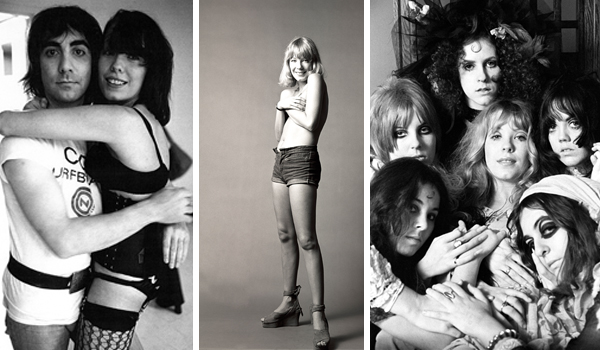 "Some musicians in pop and rock, even those on the sidelines, have numbered their sexual conquests in figures that defy the imagination. My priority was being faithful to [my wife] Karen, but that left me feeling somehow left out. And of course everyone who dealt with me, the outsiders, believed they knew how I lived and what I did; the legendary rock 'n' roll life wasn't easy to disown. Nor was there mileage in trying to explain that despite being in a rock band and smashing guitars I didn't take drugs and was trying to be a good husband."