delanceyplace.com 11/22/13 - the rolling stones were broke

In today's selection - in 1969, one of the hottest groups in the world was the Rolling Stones, but its band members were also essentially broke:

"[Legendary Atlantic Records executive Ahmet Ertegun was] working harder than he ever had before to convince Mick Jagger that the Rolling Stones did in fact belong on Atlantic Records. While the band would never earn nearly as much money for the label as Led Zeppelin, Ahmet saw the Stones as 'the most desirable act in the business,' the jewel in the crown that would confirm beyond all doubt that Atlantic was the number one record company in the world. ...

The dark side of the original British Invasion, the Rolling Stones' distinctly dangerous onstage presence, sexually suggestive lyrics, and reputation for antisocial behavior caused them to be perceived in America as the antidote to the Beatles. It was not until '(I Can't Get No) Satisfaction' hit the top of the charts in 1965 that they achieved the superstar status in the U.S. they had already been accorded in England.

"During the last week in October 1969 when Ahmet sat down with Jagger at the Whisky, the Stones were in Los Angeles preparing for their first American tour in three years. ...

"After being busted for drug possession at an LSD party at Keith Richards's country home in England in 1967, Jagger and Richards had been tried and convicted only to have their sentences overturned by a higher court. In the process, they had become counterculture heroes. With the Beatles no longer touring, the Stones were about to stake their claim in America as the world's greatest rock 'n' roll band.

"After completing a very successful three-week, fifteen-city tour that featured three sold-out shows at New York's Madison Square Garden, the Stones flew into Atlanta on December 2, 1969. The band then journeyed to Muscle Shoals, Alabama, where they recorded Mississippi Fred McDowell's "You Got to Move," "Brown Sugar," and "Wild Horses." Ahmet, who rarely spent time in what had become Jerry Wexler's home studio, was there to greet them.

"Looking incredibly serious and focused in an immaculate dark suit, white shirt, and tie, Ahmet can be seen in a photograph talking intently to Jagger. In full hippie mode, shaggy-haired Jagger sports a studded leather horse collar around his neck. On his head, he wears a top hat fashioned from a Union Jack. While the pair seem like ambassadors from two different worlds, they spoke a common language based on more than their shared love of the blues. 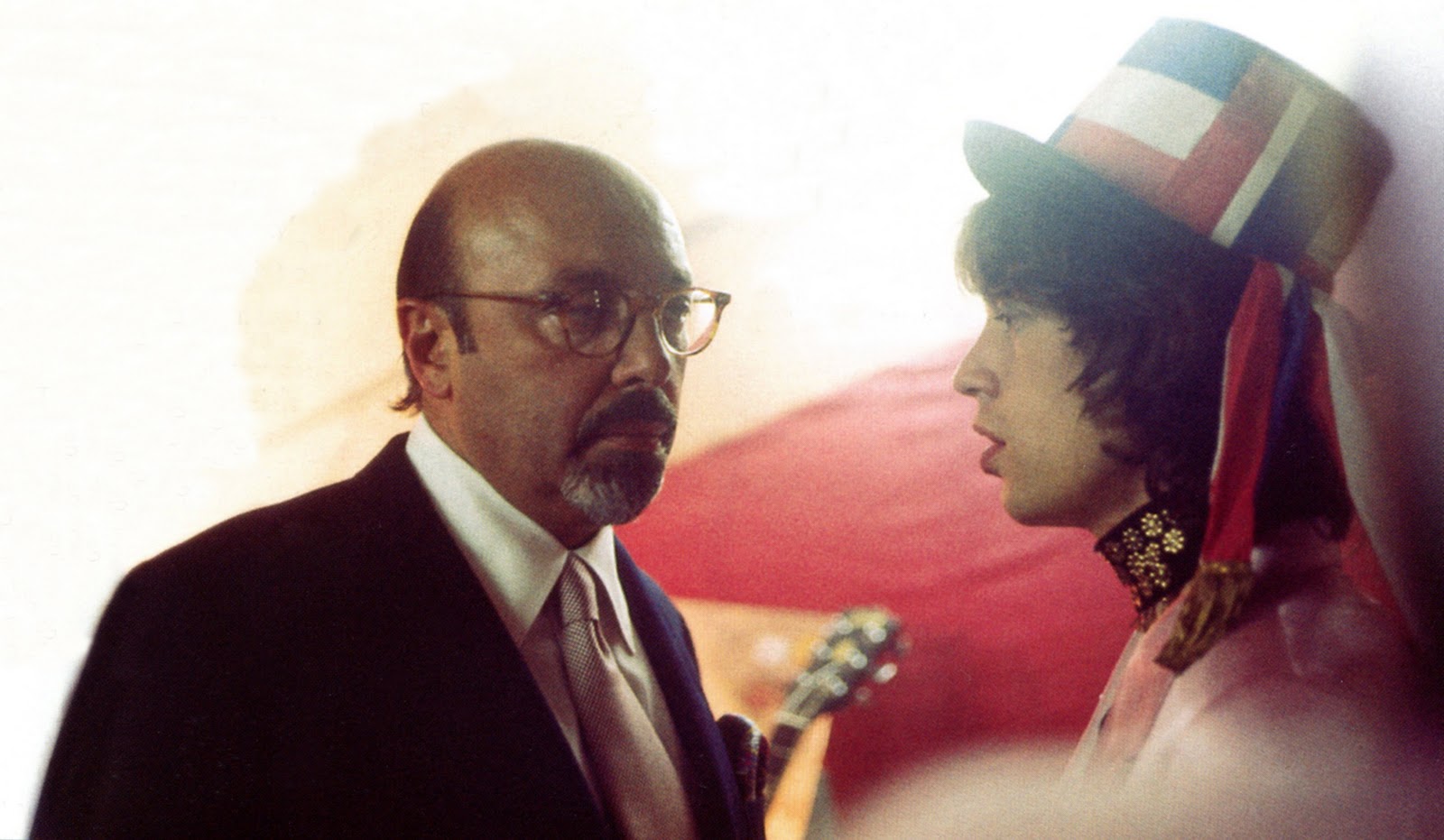 "Despite having released fourteen albums and twenty-nine singles in America and England, the Stones were still essentially broke because of the disastrous management deals they had signed first with Andrew Loog Oldham and Eric Easton and then Allen Klein. Jagger, who had attended the London School of Economics, was by then already on his way to becoming a consummate businessman who understood the inner workings of the record industry as well as Ahmet.

"On December 6, 1969, as the Rolling Stones were performing at a huge free concert at the Altamont Speedway in northern California, members of the Hells Angels motorcycle gang who had been hired to provide security in return for cases of beer killed an eighteen-year-old black man named Meredith Hunter. Less than four months after the media had proclaimed the Woodstock Arts and Music Festival as the birth of the counterculture in America, the disastrous free concert at Altamont became its death knell. The event also served to increase the Stones' notoriety in America by geometric proportions."