In today's selection -- from Social: Why Our Brains Are Wired to Connect by Matthew D. Lieberman. Using fMRI scanning technology, neuroscientists have determined that the same part of the brain that processes physical pain -- a cut or a punch -- also processes emotional pain such as exclusion, rejection or lost love. It is known as the dorsal anterior cingulate cortex (dACC). So it no accident that we refer to emotional pain with physical references -- "it was like a punch in the gut" or "she broke my heart" -- and the effects on the brain can be as or more devastating:

"Imagine you have a thirteen-year-old son, Dennis, who is physically assaulted at school by a bully. The bully pushes Dennis down and hits him several times. What do you do when you find out? March into the principal's office? Call the police to press charges? Write to the local paper to express outrage at what is happening in our schools? Different parents would do any and all of these things. Now imagine that your Dennis is being bullied, but only in words. The bully never lays a hand on your son, but he teases him mercilessly, telling him that he is ugly and stupid and that no one likes him (none of these things are true). When Dennis reluctantly tells you about the teasing, what is your reaction then? Does it involve the police or local press? Not likely. More probably, your response will be something like this: 'Just ignore him. You will be off to college in a few years, and he will probably be flipping burgers for the rest of his life.' I don't mean to suggest that it isn't distressing to find out that your son has been teased, but it isn't the same as finding out that there was physical contact. We don't go to the principal, police, or press in this case because we don't think any of them will take action if its just verbal teasing.

"From a young age, we teach children to say, 'Sticks and stones will break my bones, but names will never hurt me.' But this isn't true. Bullying hurts so much not because one individual is rejecting us but because we tend to believe that the bully speaks for others that if we are being singled out by the bully, then we are probably unliked and unwanted by most. Otherwise, why would all those others watch the bully tease us rather than stepping in to help support us? Absence of support is taken as a sign of mass rejection. 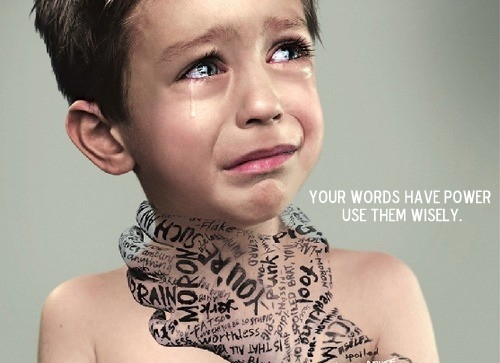 "I bring up bullying because at a societal level, it is probably the most pervasive form of social rejection we have. Studies from around the world, including the United States, England, Germany, Finland, Japan, South Korea, and Chile, suggest that between the ages of twelve and sixteen, about 10 percent of students are bullied on a regular basis. Although bullying can involve physical aggression, more than 85 percent of bullying events do not. Instead, they involve belittling comments and making the victims the subjects of rumors. But victims of bullying suffer long after school is over and the bully has gone home. These individuals are seven times more likely than other children to report being depressed. They think about committing suicide more, and they are four times as likely as others to make a suicide attempt. Sadly, they are also more likely to succeed in their attempts. A 1989 Finnish study assessed the level of victimization among eight-year-olds from a sample of more than 5,000 students. Those who had been bullied at age eight were more than six times as likely to have actually taken their own lives by the age of twenty-five. Suicide-related thoughts are actually quite similar among those who have been victims of bullying and those who have been victims of chronic physical pain, further supporting the link between these two kinds of pain.

"Throughout our lives, we are destined to experience different forms of social rejection and loss. Most of us go through multiple relationship breakups, and we typically spend a portion of those on the side of being left, rather than leaving. Such breakups often feel unbearable, and they can dramatically alter how we view ourselves and our lives for a long time after. Our Faustian evolutionary bargain allows us as humans to develop slowly outside the womb, to adapt to specific cultures and environments, and to grow the most encephalized brains on the planet. But it requires us to pay for it with the possibility of pain, real pain, every time we connect with another human being who has the power to leave us or withhold love. Evolution made its bet that suffering was an acceptable price to pay for all the rewards of being human."