delanceyplace.com 12/5/13 - the era of the megacity has begun

In today's encore selection -- the world is now more urban than rural, and the century of the megacity has begun. In 1950, there were two cities with a population of more than ten million. By 1975, there were three. As of 2007, there were nineteen, and by 2025, the United Nations estimates that there will be twenty-seven. There are ninety cities in China alone that have a population of greater than one million.:

"[Since 2008], for the first time ever, we have more people living in cities than out on the land. For the first time, most of us have no substantive ability to feed or water ourselves. We have become reliant upon technology, trade, and com­merce to carry out these most primitive of functions. Sometime in 2008, the human species crossed the threshold toward becoming a different animal: an urban creature, geographically divorced from the natural world that still continues to feed and fuel us. ...

"The reason that the world's rural people are moving into cities is that they can make more money in town. This is partly because of the described growth of urban economies, and partly because demand for farm labor falls as agriculture commercializes, mechanizes, and becomes export-oriented. Worldwide employment in agriculture is falling fast and in 2006, for the first time ever, it was surpassed by employment in the services sector. ...

"This urban shift is driving major demographic changes around the globe. City dwellers are projected to roughly double in number by 2050, rising from 3.3 billion in 2007 to 6.4 billion in 2050. However, the geography of this is not uniform. Urban majorities came to Europe and America decades ago, in the 1960s, 1950s, or even sooner. These places are already more than 70% urban today. This new trend is most dramatic in the developing world, especially Asia and Africa, the most populous places on Earth. 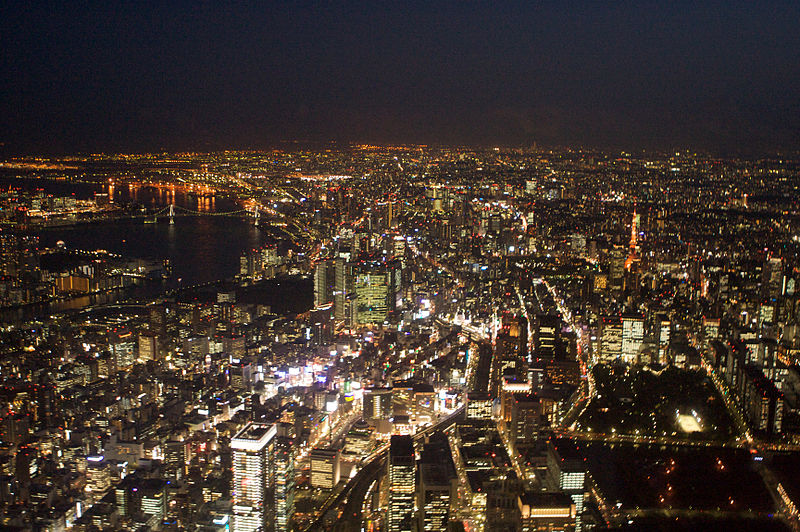 Tokyo is the world's largest megacity

"For the last two decades, cities in the developing world have been growing by about three million people per week. That is equivalent to adding one more Seattle to the planet every day. Asia is only about 40% urban today, but by 2050 that number will top 70% in China, with over one billion new city slickers in that country alone. Already, places like Chongqing, Xiamen, and Shenzhen are growing more than 10% annually.

"About 38% of Africans live in cities today, but by 2050 more than half will. While Africa will still be less urbanized than Europe or North America today, this is nonetheless a profound transformation. When combined with its fast population growth rate, this means that Africa will triple the size of its cities over the next forty years. At 1.2 billion people, Africa will hold nearly a quarter of the world's urban population. ...

"The century of megacities has already begun. From just two in 1950 and three in 1975, we grew to nineteen by 2007 and expect to have twenty-seven by 2025. Furthermore, in sheer size alone our global urban culture is shift­ing east. Of the eight new megacities anticipated over the next fifteen years, five are in Asia, two in Africa, and just one in Europe. Zero new megacities are anticipated for the Americas. Instead, this massive urbanization is hap­pening in some of our most populous countries: Bangladesh, China, India, Indonesia, Nigeria, and Pakistan. New York City was the world's second-largest metropolis in 1977, when Liza Minnelli first sang the hit song 'New York, New York' (later popularized by Frank Sinatra) to Robert De Niro in a Martin Scorsese movie. By 2050, the 'City That Never Sleeps' will be struggling just to stay in the top ten."