In today's selection -- some of our presidents have had glorious military service. Others have not. That was the inglorious fate of our fourteenth president, New Hampshire's Franklin Pierce (1804-1869) -- whose father had served valiantly in the American Revolution:

"Since boyhood [Franklin] Pierce had dreamed of reliving the military exploits of his father. ... [His] opportunity came in early 1847, when Congress called for the creation of ten additional regular army regiments [for the Mexican American War, including one raised in New Hampshire by Pierce in his service as a new brigadier general]. ... 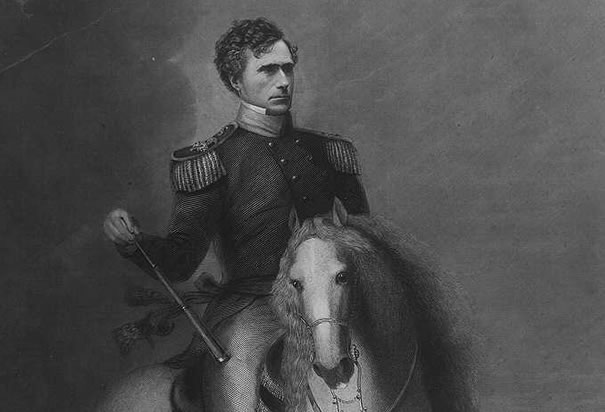 Franklin Pierce on Horse during the Mexican War

"Pierce's immediate task [upon landing in Mexico at the port of] Vera Cruz ... was to assemble transportation for [General Winfield] Scott's supplies and then march the 2,500 men under his command as well as scores of wagons and a battery of heavy artillery through 150 miles of enemy territory to his rendezvous with Scott. On the route Pierce's men came under attack six times, and a few were wounded. The journey took twenty-one days, and Pierce displayed considerable skill and determination in accomplishing it. It was his finest achievement in Mexico, one that Scott would commend in his official dispatches to Washington.

"The remainder of his brief military career, in contrast, was consistently luckless. The New Englanders under Pierce's command acquitted themselves quite well in a series of battles outside Mexico City, but personal glory eluded him. In his first serious battle, Pierce sat astride a horse given to him by his Concord townsmen and was ready to lead the brigade in a frontal assault on an enemy position. But a Mexican artillery salvo frightened Pierce's steed, causing it to buck and throwing Pierce's groin violently against the saddle pommel. Pierce briefly lost consciousness and began to fall from the saddle. His horse tripped and fell on Pierce's knee, resulting in a serious and painful injury. After Pierce recovered consciousness, he told his orderly to quickly secure one of his regimental commanders to lead the attack. But the damage to his leadership had been done. That Pierce had seemingly fainted in response to enemy fire inspired someone to shout, 'Take command of the brigade. General Pierce is a damned coward.' 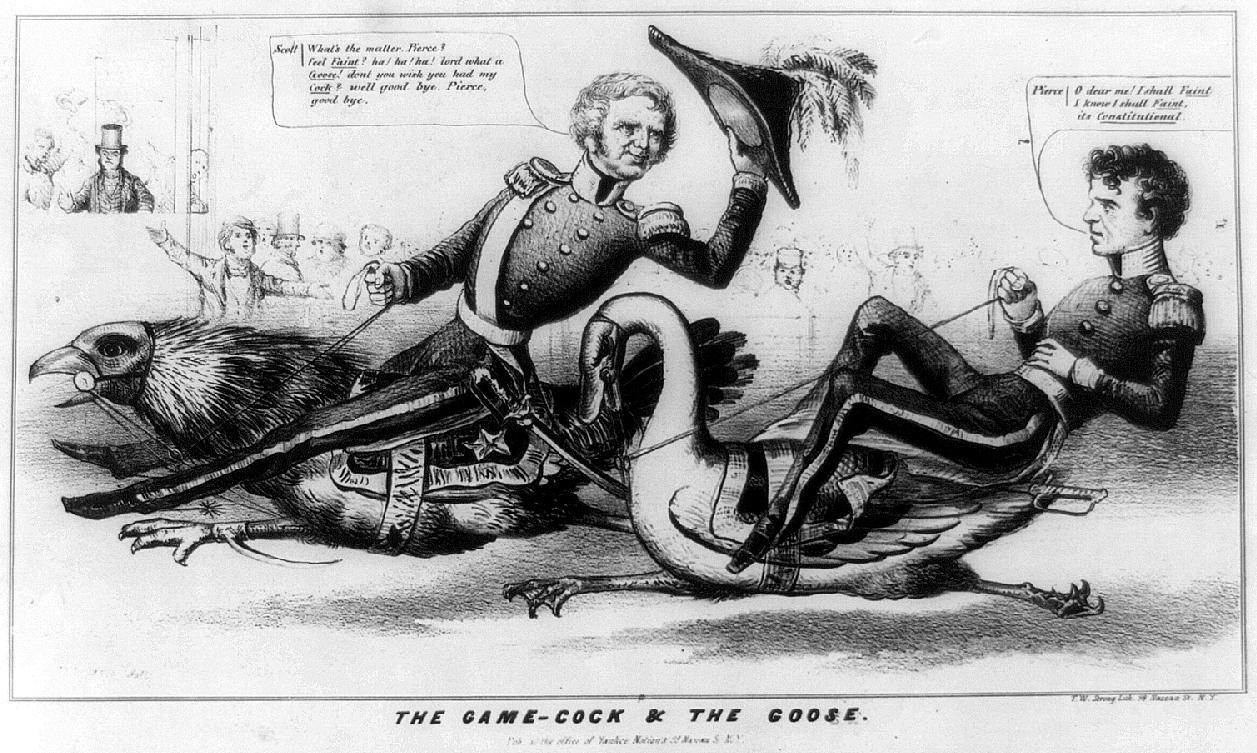 "In the brigade's next battle Pierce, safely on foot -- or so he thought -- twisted the same knee injured in the previous fall and collapsed in acute pain. Again his men marched by as their commander lay on the ground. This time Pierce managed to hobble after his men, but by the time he reached them the serious fighting had ended. Finally, Pierce's brigade took part in the storming of Chapultepec, the final battle of the entire campaign, but Pierce did not accompany them. He lay instead in a sick tent plagued with acute diarrhea.

"Once Mexico City had fallen and it was clear serious fighting was over, Pierce grew increasingly bored with army life. He and his fellow officers formed a social club where much liquor was consumed, and where on one occasion a particularly drunken officer challenged Pierce to a duel, which he refused to fight."