Today's selection -- from Cobb: A Biography by Al Stump. Ty Cobb was one of the greatest and most feared baseball players of all time, and the very first one to be inducted into the baseball Hall of Fame. When Cobb was eighteen years old and playing in the minor leagues in his native Georgia, he learned that his revered father, William Herschel Cobb, had been killed by a shotgun blast to the face in his own home. The incident transformed Cobb from a ferocious baseball player into a fiercely dangerous one:

"The sudden, gruesome death of his forty-four-year-old father struck Ty a blow from which he admittedly never recovered. ...

"On August 9, 1905, in Royston, he [arrived and] walked into a scene of grief and confusion. Sheriffs, doctors, news reporters, and stunned townfolk overran the family home and the street outside. William Herschel Cobb, the deceased, had been an educator, sometime state official, and prominent Democrat mentioned as a potential Georgia governor. One of the first explanations Ty heard of events of the prior day and night came from neighbor lad Joe Cunningham and another boyhood friend, Clifford Ginn: 'He was shot about midnight ... He'd climbed onto the porch of his house ... it happened up there ... They're trying to find out how he was killed.'

"Neither of them was willing to tell him that his mother, Amanda, had pulled the trigger.

"Inside the two-story brick home with its heirloom furnishings, Ty found a hysterical Amanda Cobb sobbing, 'I thought it was a burglar ... I didn't know!' Ty's sixteen-year-old brother, Paul, and thirteen-year-old sister, Florence, were in as bad shape as their mother. When he could break away, Ty asked Dr. H. F. McCreary, the family physician, for a straight answer: who did it? McCreary said, 'Amanda says someone was trying to force his way in and in the dark she used a shotgun on him. It's a terrible accident.' When Ty asked to see the remains, he was told they were too mangled for viewing. At the forty-foot distance, Amanda had used a heavy-gauge shotgun -- and had fired twice.

"'Incredible' was the word used around Royston to describe the sequence of occurrences that had cut down the former state senator and Franklin County school commissioner in his prime of life. Why, in the first place, had W. H. Cobb climbed to his home's second story to a position outside his wife's bedroom in the middle of the night? Was it really a case of mistaken identity, as claimed by Amanda Cobb?

"There was only one eyewitness -- the new widow. As she related it, W. H., on the evening of August 8, had dined with the family, after which their children, Paul and Florence, had left to stay overnight with friends. Unexpectedly, W. H. announced that he was leaving on out-of-town business 'for a few days.' Hitching up his buggy he departed at about 6:00 P.M. But did he leave Royston? Witnesses were to come forward to attest that he had been seen walking a Royston street at about 11:00 P.M.

"At 10:30 P.M. or so of what had been a ninety-degree day, Amanda retired to her bedroom. Just after midnight Mrs. Cobb said she was jolted from sleep by a scratching noise at a window; then the sound increased so loudly that she was sure it was a break-in attempt. Investigating, Amanda could see by moonlight only a large, ominous figure wrenching at the window frame and lock. The effort grew still noisier. For moments she hesitated, but then, being alone in the home, she grabbed up a twin-barreled shotgun from a corner rack of the room and in fright fired one load.

"She testified that panic overcame her, that she screamed and triggered a second blast. When she crept to the demolished window Amanda dimly saw a bloody figure sprawled over the porch roof. She could barely identify the body of her husband. From the neck up not much was left.

"Nearby neighbors, hearing the gun's roar and rushing to the scene, were sickened by the sight. Professor Cobb had taken one blast in the stomach, from which his intestines spewed, another to the head, tearing off his upper skull. Doc McCreary arrived, pronounced W. H. dead as of 1:30 A.M., and secured for a coroner's jury a six-shot revolver stuck in the victim's side pocket. .

"The significance of the gun was immediately linked to gossip around town. For some months in Royston, back-of-the-hand rumor had it that thirty-four-year-old Amanda, a shapely woman, was unfaithful. Gossip grew that she had a lover who joined her when W. H. was out of town, which was frequently. Supposedly, the Professor heard the allegations and suspicion festered within him. And so he had faked leaving town, parked his buggy out of sight, doubled back by foot, and climbed his porch to catch Amanda in the act. The common law held that a man had the right to protect the sanctity of his home and, so went grapevine talk, Cobb doubtless intended to use a gun on Amanda's paramour -- maybe on both of them.

"Royston's social set and others branded this story as wholly untrue. ... Yet why had he made that moonlight climb? A strange act for a man, unless he had a powerful motive...

"At the grave [Cobb] said, 'There goes the best man I ever knew. 'Fifty-five years afterward, [friend Joe] Cunningham remembered, 'I know for a fact that he never got over it. ... 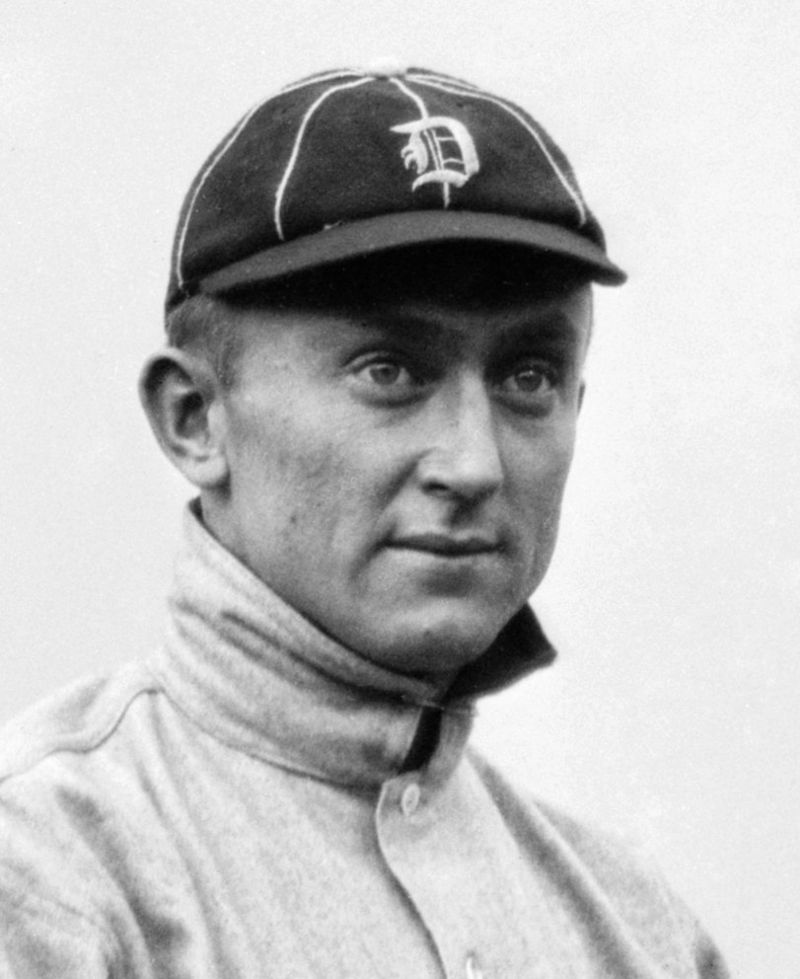 "The rumor of a lover some Royston neighbors insisted Amanda had taken -- supposedly inciting her husband's domestic break-in -- was not mentioned during [her trial]. No 'lover' was named or produced, although in Royston a name was whispered about. Supposedly the man was young, a well-to-do Royston planter, known to Ty Cobb only as a family friend and an occasional visitor to Professor Cobb's farm and to his political gatherings.

"Amanda was acquitted by an all-male jury. Cobb left the building in silence. Gossip would persist in his hometown; it would be one reason why in the future he would not live in Royston, a place where his mother was seen by many as a murderer"