Today's selection -- from Universe: Exploring the Astronomical World. Yayoi Kusama is an internationally recognized artist who was born in 1929 in Japan. In 1959, she moved to New York where she became part of the avant-garde scene. She works primarily in sculpture and installation but has been actively involved in other forms of art. According to The Broad contemporary art museum, her piece Infinity Mirrored Room -- The Souls of Millions of Light Years Away is a mirror-lined chamber housing a dazzling and seemingly endless LED light display. This experiential artwork has extremely limited capacity, accommodating one visitor at a time for about a minute, and requires a separate, timed same-day reservation:

"To enter this 'mirrored room' made by the Japanese artist Yayoi Kusama (born 1929) is to enter a disorienting cosmos in which mirrors and LED lights combine to create a multitude that repeats itself to infinity: Kusama's inner universe becomes as expansive as the wider Universe, and viewers find themselves transported into an illusion of the immensity of the cosmos. The rich tones Kusama selected for the LED lights recall the palette of scientific imaging of deep space, notably the Hubble Deep Field. Kusama's Infinity Mirrored Room -- The Souls of Millions of Light Years Away is a tangible, three­dimensional expression of this paradigm-shifting moment of cosmic imagery.

"Yoyoi Kusama's work is the expression of her mindscape, often inspired by hallucinatory experiences in childhood and early adulthood, when she saw herself in all-encompassing spaces covered in patterns. She first conjured these in the 1950s in her 'infinity nets', seemingly boundless and heavily worked abstract paintings punctuated by countless marks, polka dots or webs. With the Infinity Mirrored Room installations that she started in the 1960s, Kusama expanded her painting practice into on experiential environment, which itself becomes a spatial representation of her inner world." 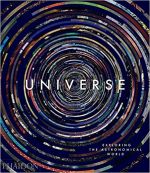