Today's selection -- from Toulouse-Lautrec by Matthias Arnold. Henri de Toulouse-Lautrec (1864-1901), a Parisian famed for his paintings of the Belle Époque, was one of history's best known and most influential artists. He suffered from a genetic disorder that left him with a very fragile skeletal system he was barely over five feet in height. That disorder resulted from generations of inbreeding encouraged within his family to preserve its fortune:

"The counts of Toulouse can trace their family back to the times of Charlemagne, and they played a prominent part in the Crusades, but by the 19th century they were no longer making any kind of important contribution to the course of his­tory. Instead, they were living an isolated life of plenty at their various estates in the south of France. It was a life of wealth and leisure, of hunting, animal-breed­ing, party-giving and musical dilettantism. To keep the family fortune as intact as possible it had long been tradition for relatives to intermarry within the family, and this, along with the agreeable financial advantages, brought with it the rather less agreeable problems of genetic inheritance.

"Count Alphonse de Toulouse-Lautrec-Monfa married Countess Adèle Tapié de Céleyran on 9 May 1863. Their mothers were sisters, the Count and Countess first cousins, and their marriage therefore tainted with the familiar incestuous­ness. It is worth mentioning that the bride's brother and the bridegroom's sister similarly entered on a union of this problematic nature, and paid for it with a number of stillborn or mentally retarded children who were referred to in family correspondence, with a belittling kind of reticence, as 'weak' or 'susceptible'.

"As for Countess Adéle, on 24 November 1864, at the Chateau du Bose at Albi (the family's mediaeval town residence), she gave birth to a first child, a son, who was named Henri. A second son born four years later died when he was a year old.

"The two cousins' illusions were also short-lived. Their marriage was one of convenience; and soon the differences in their characters drove them to go their separate ways, although the formal bond remained. Henri was brought up by his mother, who coped with the loss of her second child and the failure of her mar­riage by seeking refuge in the Catholic faith and in caring for the little son that was left to her. ... [She was] a woman [of] close to religious mania, a hypochondriac who was clinically hysterical, and who, despite possessing a good business head, was mean in practical affairs. ...

"For the young Henri, Countess Adéle was the most important person in his life; at times, on account of his weak constitution, she tutored him herself, and in all things he was the apple of her eye. Inevitably, as the child grew to manhood, motherly dominance and care as problematic and oppressive as Countess Adèle's prompted reactions and the attempt to achieve the independence the young Henri had been denied. Toulouse-Lautrec's extreme career, from elitist aristocracy in the family chateau to the bohemianism of Montmartre cabarets and clubs, is perfectly understandable if we bear this background in mind: if he was to find himself and make his own way, the son had to put his possessive, didactic mother well behind him. ...

"Count Alphonse ... had a passion for hunting that was almost grotesque. When Henri was twelve, his father gave him a book inscribed with words that the boy was to re­member later in his worst health crisis: 'Always remember, my son, that the only truly healthy life is a life out in the daylight and open air. Whatever is robbed of its freedom withers away and soon dies. This little book on falconry will teach you to value life out in the free open spaces of Nature. If ever you should become acquainted with the bitter side of life, a horse will be your best friend, and your dog and falcon will stand by you too, all of them loyal companions to help you overcome the injuries you suffer.'

"Henri no doubt inherited his father's unbridled temperament but neverthe­less was later to eschew life out in the daylight and open air just as thoroughly as he rejected the kind of life advised by his mother. He put up deliberate oppos­ition to his father too, but for different reasons. Count Alphonse rejected his son out of disappointment over the physically weak and retarded constitution of the boy, which would forever prevent him being the kind of horseman, hunter and soldier he himself was. This must have hit young Henri hard, since he dearly loved horses, dogs and other animals; it may well have been a more bitter pill to swallow than the realization that physically he was not up to scratch." 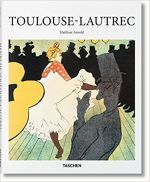