Today's selection -- from The West: An Illustrated History by Geoffrey C. Ward. Having completed the transcontinental railroad in 1869, U.S. businesses and the U.S. government tried to recruit individuals and families to settle in the middle of the country, to create farms and towns along railway. For the businessmen in particular, it was not only a way to support the operations of their railroads but a way to increase the value of the landholdings they had received from the government as part of the inducement to build the railroads:

"It had at first been thought that no settlers could survive anywhere on the semi-arid, mostly treeless Great Plains that rolled all the way from Montana and the Dakotas, south into Texas ... but the Homestead Act of 1862 began to change all that. It promised 160 acres of public land to any person who filed a claim, paid a ten-dollar fee and agreed to work the property for five years. As it happened, the 1870s and early 1880s were unusually wet years in the West, and the prairies plowed and planted for the first time yielded bumper crops. Promoters made the most of it ... [but] most of these efforts came to nothing. Factory workers [from the East] weren't farmers and even those who might try it could rarely afford it. Land itself was cheap but getting to it, getting started, and surviving for the five years required to get title to a homestead cost money that most of them didn't have.

"Prospects seemed better overseas. The Hebrew Emigrant Aid Society recruited Jewish immigrants from eastern Europe to establish farming communes in Oregon, Colorado, Kansas and the Dakotas. The First Swedish Agricultural and Galesburg Colonization Companies started the towns of Salemsborg and Lindsborg in Kansas. Small groups of Dutch, French, Bohemian, English and Irish families scattered across the Plains. Two hundred Scottish families settled together on the Kansas-Nebraska border. By 1875, more than half of Nebraska's 123,000 settlers were members of families headed by foreign immigrants. ...

"Then C.B. Schmidt [of the Santa Fe railroad] was dispatched for the biggest prize of all -- the German-Russian Mennonites. They were pacifists who had fled Prussia rather than serve in its army three-quarters of a century earlier. ... There was plenty of competition for these able and prosperous farmers. After Canada offered them immunity from military service and free transportation if they would settle there, Kansas, Nebraska and Minnesota all also solemnly offered to exempt them from military duty -- although they had no legal authority to do so. Everyone promised them the right to govern themselves in their own communities, to speak German in their own schools, plenty of land at good prices, and easy credit.

"Mennonite emissaries were taken to Washington to meet President Grant. ... Secretary of State Hamilton Fish personally assured them the United States would not go to war again for at least fifty years." 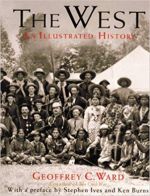