Today's selection -- from A Brief History of Doom by Richard Vague. In the 1980s and early 1990s, many Americans thought Japan was going to surpass the United States to become the world's largest economy, and some even arranged Japanese language lessons for their children to prepare them for a new world order:

"In 2016, as I was beginning to think concertedly about this book, my wife, Laura, and I found ourselves in Hawaii. I had with me The Bubble Economy, Christopher Wood's excellent book on Japan's 1990s financial crisis, and was reading it as I looked out over the ocean. I came to a passage about the Japanese luxury hotel craze of that period and realized that a neighboring hotel, the just-opened Four Seasons Resort at Ko Olina, had been part of that building frenzy. Japanese developers had built the building as a high-end luxury hotel and ambitiously created its artificial ocean peninsulas -- but the hotel had been shuttered or used for less than its original high-end purpose for almost twenty-five years. Nothing close to the demand for luxury hotels projected by the Japanese had materialized. The hotel was built because banks were making loans hand over fist and not basing their decisions on realistic projections of use.

"Vestiges of Japan's 1980s lending frenzy remain in other places: in old American magazine cover stories, such as the February 2, 1987, issue of Newsweek, which intoned, 'Your next boss may be Japanese'; or with adults who grew up in the 1980s and can still remember bits of Japanese because their ambitious parents enrolled them in Japanese-language courses as children to prepare them for the new economic world order. America seemed in the grips of a Japanese corporate takeover. As the Japanese bought more and more high-profile U.S. properties, outraged old-school columnist Paul Harvey warned that Japan's growing financial presence in the United States was 'an economic Pearl Harbor,'

"The hotel in Hawaii, like empty skyscrapers in New York and Chicago in the late 1920s, was a relic of an explosion in private lending that was all but unprecedented in the twentieth century. From 1985 to 1990, Japan's pri­vate debt-business and household loans-catapulted from 143 percent to 182 percent, an increase of ¥343 trillion, or $2.4 trillion. That percentage increase was far higher than in the years leading up to the Great Depression or Great Recession.

"Japan's runaway lending was concentrated in commercial real estate, the profligate construction of office buildings, hotels, and apartments and the de­velopment of tracts of land both in Japan and abroad. From 1985 to 1990, commercial real estate (CRE) loans more than doubled from ¥75 trillion to ¥187 trillion. Japan's loans of this era created building after building that would not be sold or filled for years and even decades. But Japan's use of real estate as collateral went far beyond CRE and conventional household mort­gages. It extended to trillions of total yen in household nonmortgage loans and small- and medium-sized business loans.' Even bank loans for finance and leasing companies were largely tied to activity in the real estate industry.

"Further, Japanese banks were eager, often naive participants in the financ­ing of U.S. leveraged buyout transactions. Japan's lending frenzy drove up real estate prices by an astonishing 300 percent in that compressed period and created a short-term economic surge that Japan and the rest of the world misconstrued as an economic miracle. Its banks, businesses, and households became overleveraged, and the country was fully overbuilt by 1990, as were other markets, such as California and Hawaii, targets of Japan's hyperactive lending.

"By the late 1980s, five of the world's ten largest commercial banks by total assets were Japanese. In the 1990s, Japan's economy reached 18 percent of world GDP, yet by 2007, it was a mere 7.9 percent. Japan followed the well-trodden boom trajectory in the 1980s but then distinguished itself by delay, denial, and delusion in the bust in the 1990s. Japan's struggles with its crisis and efforts at bank recapitalization took as long as fifteen years -- a distinct inflection from the Great Depression. Japan's financial crisis is a parable of when, and how, policy decisions matter in the postboom phases of financial crisis." 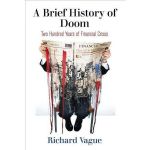