Today's selection -- from The Eye by Nathan Williams. Grace Coddington had been a major influence on fashion, and yet she is unfailingly polite and accessible:

"'Rules are made to be broken,' says Grace Coddington, the auspicious creative director at large of American Vogue. The risk taker has been challenging fashion norms since the 1960s; she was the model who inspired Vidal Sassoon's iconic five-point haircut. In 1975, as the British rogue fashion editor, she led the magazine's first journey to the former USSR with a groundbreaking editorial that cast Jerry Hall as a statuesque lady in red, conquering soviet monuments and posing with the communist flag. The stunt was a gamble, and Coddington and her team were forced to smuggle the film out of the country or face the consequences.

"The provocateur left British Vogue in 1967, moving to New York at the behest of Calvin Klein, who hired her as his design director and would later describe her as the first European fashion editor to fully appreciate American design. Although she 'adored Calvin' and 'loved his clothes,' she struggled to find her footing at the company. 'I don't have a very good head for business, and I didn't really know what my role was there,' she explains, 'which is why when Anna Wintour got the job at American Vogue, I was the first person to call her and ask if I could come and work with her.' Appointed fashion director of the magazine in 1988 and creative director in 1995, Coddington quickly became as peerless a presence in fashion as her fellow British expat editor in chief. 'I was for many years somewhat of a go-between for Anna and the other editors at Vogue,' she explains. 'I brought their ideas to Anna and fought for them and their pictures.' This unique working dynamic was well documented in the 2009 box office hit The September Issue, a project that turned Coddington into a reluctant star.

"The director of the documen­tary, R. J. Cutler, had to work hard to convince a stubborn Coddington to appear on-screen, but after a year of trying to get her attention, he eventually got close enough to conclude, 'She is charming, delightful, passionate and so committed to celebrating beauty and her revolutionary notion that clothes, models and photographers could tell stories and not just be objects.' He says, 'Every billboard, every fashion magazine spread, every advertisement we see today has been influenced by Grace.'

"Such lavish praise is echoed by everyone who knows her, save the editor herself. Stereotypically British in her self-deprecation, she is quick to pay tribute to the numerous fig­ures from her illustrious past who have guided her epic journey. 'I've had lots of mentors, starting with my old editor at British Vogue, Beatrix Miller. She taught me so much -- she was amazing,' Coddington remembers. 'Then after that, Anna obviously. But there have also been photographers who have taught me a lot -- one was Norman Parkinson and the other was Bruce Weber; they both played a large part in my life.' While she doesn't necessarily have muses, she says, there are a few models that she loves working with. ...

"Coddington believes that surrounding herself with inspiring people is important. 'I can't do anything on my own; it has to be collabora­tive,' she explains. People who aren't willing to cooperate on a project are deemed 'a real pain in the arse' because if it's not working for them, 'it's not working for me,' she says. Coddington's approach on set is to treat everyone the same. 'From one's assistant, to the hairdresser, to the photographer' -- their input is equally important, she says. 'I learn so much from the younger generation,' she adds. 'Surrounding yourself with young people keeps one motivated.'

"Inspired by the everyday, Coddington says that all of her ideas are 'a heightened version of reality,' and while she cites the cinema as one of her most enduring inspirations -- in par­ticular 'the old English movies from the 1960s and the French ones from the 1950s' -- she is equally entranced by the diverse characters crammed into the New York City subway.

"'I love the subway, particularly these days when everybody's not so rich, which means everyone's on it,' she laughs. Although she is never short of bright ideas, Coddington does admit that finding new and interesting ways to tell a fashion story can be a challenge -- but one that also keeps her going. 'A creative image should stand out and should last regardless of the season,' she says. 'What makes it special is different every time.'" 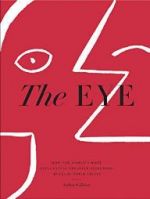