Today's selection -- from Wyoming: A History of the American West by Sam Lightner Jr. The fame and reputation of America’s mountain men was cemented with the creation of the “rendezvous” in 1825:

"In the year 1825, William Ashley came up with a revolutionary idea that would romanticize the mountain man era forever. He sent out a couple dozen trappers from St. Louis with a predetermined rallying point on the Henrys Fork in southern Wyoming the following July. Ashley promised to be at the 'rendezvous' location with supplies for their next trapping season, plus whiskey and a few other items they might enjoy. The trappers could turn in their fur, resupply with lead and powder, and he would carry the pelts back to St. Louis, for market. Over the course of that season, the trappers met other trappers and friendly Indians and spread the word of the meeting so that by the following July, a few hundred people were on the Henrys Fork. It was a lively event, both socially and from a business standpoint, and the mountain men decided they would 'rendezvous' again the following summer.

"The French term for a 'meeting' was soon the formal name of an event, and the Rendezvous instantly became far more than just a commercial engagement. While the mountain men were independent and comfortable on their own, they enjoyed meeting each other from time to time to share stories over a few bottles of whiskey. As Kit Carson once said, 'There is always a brotherly affection existing among trappers,' and it was apparent at the annual Rendezvous. The major fur companies set aside their grievances for the affair, and the political clamoring of whatever country was dropped. As much as a business meeting, the Rendezvous was a giant party, where hundreds of gallons of whiskey were consumed. Trappers and hundreds of members of various Indian tribes traded for items brought from numerous companies in the east, while others sang and danced the days away. Doctors would eventually come to the events, giving the mountain men a place to get a year's worth of nagging injuries repaired. Horse races, foot races, wrestling matches, tomahawk throwing contests, and shooting (both bow and rifle from a running horse), became a part of the festivities, all amid drunken revelry.

"Like all good parties, the Rendezvous could get out of hand. Gambling was common, and a loss might mean losing a year's wages, which in turn might lead to more drinking and then a physical altercation. At each Rendezvous, old scores might be settled, and settling disagreements with a duel was not uncommon. Fist fights were an hourly occurrence, and, with all those armed men, could easily escalate beyond just a punch in the mouth. At one Rendezvous, Joe Meek reported seeing a group of men playing cards on the back of a peer who had just lost a knife fight. At another, Kit Carson learned of a Frenchman who was claiming he could best any man in any fight. Carson challenged the bully to a horseback duel and the two went at it. In the first exchange, the Frenchman was taken off his horse, but not killed. He begged for his life and Kit Carson must have been in a good mood as he
let the Frenchman live.

"At each Rendezvous, the event for the following year was confirmed. Of the sixteen Rendezvous, eleven were held in what would one day be the state of Wyoming, and the other five just a stone's throw over the border. At the first event, Jed Smith bought into William Ashley's Rocky Mountain Fur Company. The following year, in the Cache Valley of Utah, Smith, Davey Jackson, and Will Sublette bought out Ashley's share of the company and began to run it from the field. The following two Rendezvous were also held in Utah, but attacks from Blackfeet war parties ended that location as a viable option. The 1829 Rendezvous was held on the Middle Popo Agie, near future Lander, Wyoming, with both the Crow and Shoshone coming in large numbers. The two tribes were at war over the Wind River Valley but put down their arms to allow trade and festivities. In 1830, the Rendezvous was held at the confluence of the Wind and Popo Agie rivers, just outside of modern Riverton, Wyoming. Supplies for the event were brought in from St. Louis by Jed Smith, Davey Jackson, and Bill Sublette. Their enormous wagon train laid the first tracks across the prairie that would be followed in future years by thousands of emigrants to Oregon, California, and Utah. It was that year that the Rocky Mountain Fur Company was sold to Jim Bridger, Tom Fitzpatrick, and a few other trappers, for around sixteen thousand dollars. The change in ownership involved one of the patrons of the Rendezvous and it might have created a bit of confusion as the following year's event essentially didn't happen due to the supply train from St. Louis never arriving.

"The 1832 Rendezvous was held in Pierre's Hole near the place where John Colter had camped in January of 1808, and stands out because of a noted battle. A group of trappers leaving the festivities a little early were confronted by a large war party of Gros Ventre Blackfeet as they descended Teton Pass. The 250 or so warriors outnumbered the mountain men almost ten to one, so while one trapper went out to talk peace with the Blackfeet chief, a messenger was dispatched back to the Rendezvous. Knowing plenty about Blackfeet temperament, the trappers ended up firing the first shot, but the Blackfeet had indeed already dug in during the 'negotiations' and were able to pin down the mountain men. Within an hour, a large group of trappers, Nez Perce, and Crow, rode in from the Rendezvous and made the numbers lopsided again, though this time in the trappers' favor. In the ensuing battle, William Sublette was shot in the arm (or possibly foot) and Jim Bridger was hit in the back with two arrows. One arrow was removed and the wound patched, but Bridger had to live with the other as it had broken off under his scapula. The battle raged through much of the night, with a number of mountain men and 'friendlies' killed, including Bill Sinclair. The Blackfeet lost around twenty-five people, and they slipped back over the pass and into Jackson Hole just before dawn. The following afternoon the festivities of the Rendezvous resumed, though with some trepidation.

"The 1834 Rendezvous, held on the Green River again, is noted for the work a couple of traveling doctors did on the mountain men. The arrowhead left in place after the battle of Pierre's Hole had started to be quite a bother for Jim Bridger whenever he wore a backpack.

"Dr. Marcus Whitman went to work with a large butcher knife, sans anesthetic, and found the steel tip had hooked itself on the scapula, then scar tissue had locked it in place. A crowd began to form as the doctor sliced away ugly bits of tissue. Eventually he pulled a three-inch arrowhead from Bridger's back, and a witness said the trapper never even grimaced with the pain. The operation was its own sales pitch as the doctor was immediately asked by another member of the audience to remove an arrow from his back.

"Sublette was now running loads of fur back to St. Louis on wagons, and 1834 is likely the year he put the first wagon wheel ruts in South Pass. Eighteen thirty-four was also the year Will Sublette and Robert Campbell built a fort in southeast Wyoming to serve as a staging point for the Rocky Mountain Fur Company (RMFC). The RMFC fort was to be the base of operations for the entire region, as well as a trading post for the regions Indian tribes. The trappers chose a spot along a stream in a low, less windy valley in the prairie. Back in 1821, a French trapp named Jacques La Ramee had gone missing in that area. It was later surmised he'd been killed by a band of Arapaho, so in his honor the stream he liked to work had been called the Laramee River. Its confluence with the North Platte River ended up being the location of Sublette and Campbell's fort.

"While the Rendezvous were a simplified way of getting pelts to market and equipment to the trappers, they were also a bit of a racket by the fur companies. The Rocky Mountain Fur Company, American Fur Company, and Hudson's Bay Company purchased the pelts from the trappers but at a rate the companies set. A trapper might sell $400 worth of fur, but was then obliged to buy powder, traps, and whiskey from the companies. It was a great business for the corporations as it took advantage of that one asset the trappers just could not say no to: convenience. They weren't going to complain too much when the profiteering kept them from having to make a multi-week trek to St. Louis.

"By the time of the 1835 Rendezvous on the upper Green River, there were changes coming to the industry. In the 1600s there may have been as many as 400 million beavers in North America, but the mountain men of the Rockies had cut the numbers of the coveted animals dramatically. This decrease in supply should have driven up the cost, but simultaneously there was another problem with demand. Alternative materials, such as Chinese silk and the fur of the South American coypu, were now replacing the beaver. On top of that, all trends eventually die, and beaver hats just weren't cool anymore. The next four years of Rendezvous were all held in the Wind River Valley and Green River Basin, but the industry was no longer booming like it had been only a few years before. The mountain man era, which started with John Colter and Manuel Lisa, was slowly coming to a close." 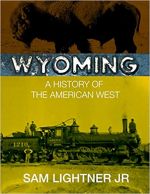