Today's selection -- from The Visual Arts: A History by Hugh Honour & John Fleming. Siddhartha and the Buddhist scriptures:

"Although Buddhist scriptures are more voluminous than those of any other religion, they include no single text with the fundamental authority that the New Testament has for Christians and the Koran for Muslims. They are closer to the Hindu Vedas and Upanishads from which, however, they differ in one important respect: they report the life and teachings of a historical figure who made no claim to divinity or even to association with deities. They also permit, almost encourage, a wide variety of interpreta­tions in accordance with the Buddha's final message to his followers: they must all work out their own salvation by themselves in solitary meditation -- though he also said that one cannot attain enlightenment (that state of perfect selflessness and freedom from all desires and consequent sufferings) through contemplation alone.

"After his death or Parinirvana (final entry to Nirvana) his words were transmitted orally. Nothing appears to have been written down for some 400-500 years, that is, until shortly before the beginning of the Christian era; and by that time the historical Buddha, Sakyamuni, was already shrouded with an aura of myth and legend. He must have spoken in Maghadi, the language of eastern India in his life-time, but the earliest surviving scriptures are written in literary languages, Pali and Sanskrit. The Pali canon is believed to be the earliest and it remains the essential scripture for Theravada Buddhists in Sri Lanka and south-east Asia. Consisting of three parts -- the Buddha's sermons (sutras), his rule for monks and nuns, and early commentaries -- a recent edition filled 45 large volumes. Before these Pali texts were written, however, numerous additions had been made to the oral tradition by followers of the Mahayana school of Buddhist thought and they were incorporated in the Sanskrit canon.

"The Buddha himself was as uninter­ested in images as he was in ritual. However, one late text reports him prescribing meditation on his own painted likeness and Buddhist images certainly preceded written records. The earliest known date from the second century BC and they reveal abilities in Buddhist narrative representation and symbolism that must have been developed even earlier. Paintings on cloth were no doubt also made for use as aids in religious instruction, similar to those that are known to have been displayed in the second century BC by itinerant 'picture showmen' reciting the Hindu epics -- as they were to do until the twentieth century. The Buddha's message had been addressed to all people irrespec­tive of caste and level of education and artists began by illustrating those aspects of the master's life and teaching that could most easily be understood, derived of course from oral sources. Traditional beliefs about the Buddha's life were first assembled in the Buddhacarita, a Sanskrit poem by Ashvaghota of the first century AD; no extensive account of it was given in either the Pali or Sanskrit canon.

"The story of his birth was often illustrated. A relief from the Amaravati stupa of about the second century AD shows his mother Maya dreaming that she has been penetrated by a white elephant. In the adjoining scene she and her husband, seated just above her, consult seers who interpret the dream. Realizing that she is about to give birth, Maya goes to a grove dedicated to the mother goddess Lumbini and while she holds a branch of a flowering tree (an ancient symbol of fertility) the child emerges from her right hip (lower right) and she presents him to the yaksha, the tutelary nature spirit of the Sakya clan. In neither of these scenes is the child represented: the cloth held out before the yaksha is empty. Attention is focused on Maya, whose name in Sanskrit also signifies the illusory phenomenal world. Her full-breasted, wide-hipped figure is rendered with the same soft sensuality as the female nature spirit at Sanchi.

"Ashvaghota's account of the youth of Siddhartha -- as the Buddha was called at this stage in his life -- tells how female attendants 'entertained him with soft words, tremulous calls, wanton swayings, sweet laughter, butterfly kisses and seductive glances. Thus he became a captive of these women who were well versed in the subject of sensuous enjoyment and indefatigable in sexual pleasure.' His spiritual awakening began when he went out of his family's palace and saw for the first time an old man, a sick man and a corpse, which troubled him as pointers to the impermanence of all things in this world. But it was his fourth encounter with a begging ascetic or hermit sage that won him over and weaned him away from sensual indulgence. He escaped from his family's palace, gave away his rich clothes and jewelry, cut off his hair and went to join the ascetic hermits in the forest, adopting their austere way of life, giving himself up to meditation and starving himself until his body was emaciated. But 'wasted away though he was, his glory and majesty remained unimpaired, and sight gladdened the eyes of those who looked upon him. It was a welcome to them as the full moon in autumn to the white lotuses that bloom then.

"Several sculptures show his emaciated body, protruding ribs, fleshless arms hollow abdomen, and eyes sunk deeply in his skull but nevertheless retaining an expression of serene intensity. They were carved in Gandhara where the influence of Hellenistic art was strong, though it is difficult to imagine even the most naturalistic Greek trained artist representing the human body in such a way. But Indian aesthetics have always demanded the subordination of beauty to the evocation of the sacred, of the numinous. To a Buddhist the beautiful had value only in so far as it embodied a religious idea. After six years of ascetic practices, however, Siddhartha realized that he could not attain enlightenment through self-mortifica­tion, effective though it might be as a means of renouncing egoistic attach­ment to self. And later, in his first sermon, he expounded the doctrine of the middle way, avoiding extremes of self-denial and self-indulgence.

"Accounts of the Buddha's life exemplify his teaching. They are no more susceptible to Western notions of historical objectivity than the Jataka stories, that is to say, accounts his previous avatars or manifestations on earth, in both human and animal forms, many of which were included in the Pali canon and were frequently illustrated. One that recounts his avatar as the chief of a troupe of monkeys appears as early as the second century BC at Bharhut in north-central India. He is shown painfully stretching his body from one tree to another so that it could serve as a bridge on which the smaller monkeys might escape from soldiers sent by a king to gather the best fruit in the forest. The king was so impressed that he questioned the monkey chief, whose back had been broken but who told him: 'Those always prompt to act up to my orders charged me with the burden of being their ruler. And I, for my part, bound with the affection of a father for his children, engaged myself to bear it.' A later version in Sanskrit of about AD 200 adds at the end that the story should be told when discoursing on compassion, on gratitude and especially when instructing princes. Such simple moral tales and their illustrations presented the practical aspects of Buddhism as a rule of life in ways that were easily understood. The more elevated and abstruse metaphysi­cal doctrines, developed by the Mahayana school of Buddhist thought, found expression later, and sometimes in sublime form, in China and Japan." 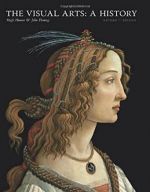